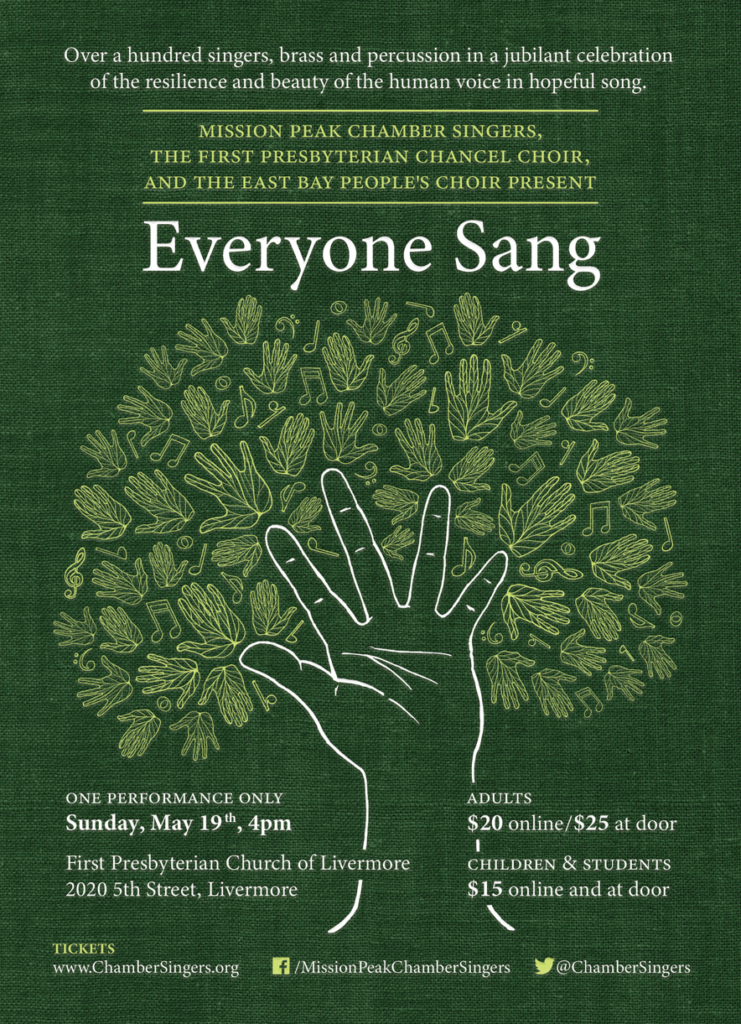 This is our last concert of the season, and it’s already been a doozy, as we’ve had a seven hour rehearsal for it last weekend, and we have tech rehearsal next week. Somehow T ended up being in charge of producing the program (she has SUCKER tattooed on her forehead in invisible ink which only shows up when directors look at her in daylight), and so between working on her revision (first deadline: May 27! Aaargh!) is doing a lot of proofreading and squinting at font choices and proper spellings of names and such.

In the process of working on the program, though, she came across this gem of a poem which she found in an old book given to her last year by her 8th grade English teacher. (Yes. The woman still kind of gives assignments, some twenty-odd years later.) It was written during the Harlem Renaissance, and T thought of it this morning as she heard D singing in the living room. 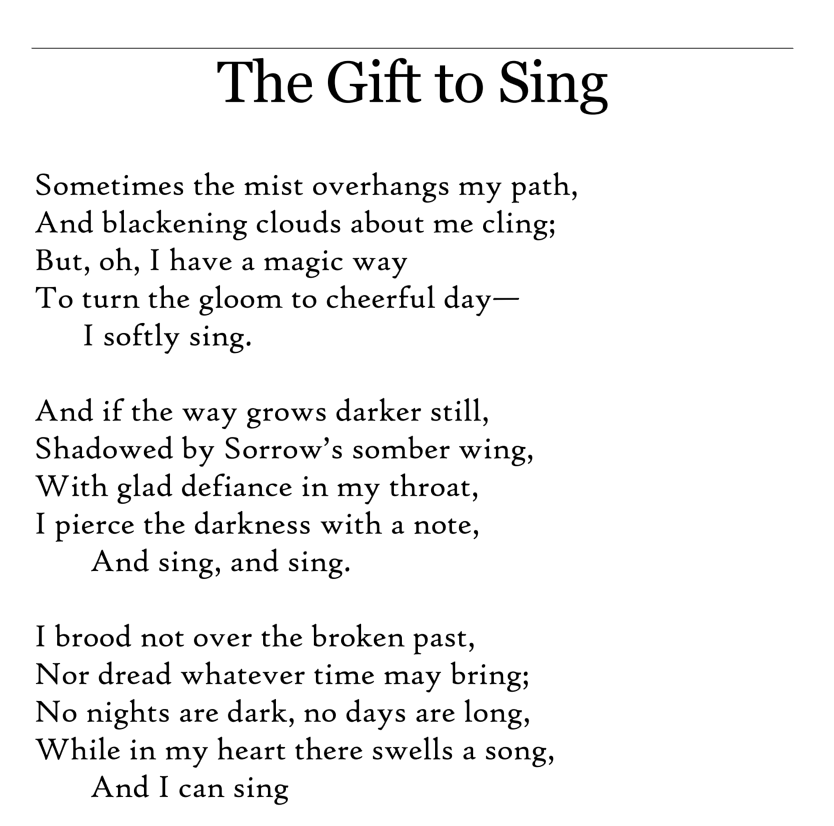 We’ve been very blessed that no matter what’s gone on in these past months, we’ve been able to remain at peace with each other – in spite of provocations. We’ve kept faith with each other, and with ourselves, as far as possible. We’ve never stopped finding the ridiculous, and we’ve never stopped singing. And – better still? Himself got almost six hours of sleep last night. It’s not over yet – by a long shot – but this feels like progress.

The storm is passing over, hallelujah.

One Reply to “The Gift to Sing”