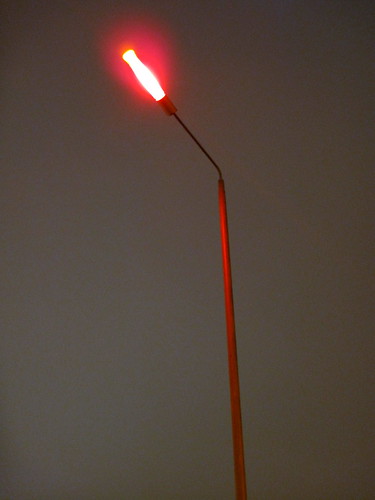 There’ve been a couple of really very humorous pieces run in the San Francisco Chronicle by our favorite columnist, Jon Carroll, about the personals ads in the London Review of Books. If you’ve never perused them, they are truly… unspeakable, disturbing, bizarre, and just as often gut-achingly hilarious. Does it automatically follow that said people who write such personals are any of these things? Well, three out of four isn’t bad…

We are hardly professional connoisseurs of humo(u)r, British or otherwise, but we are easily amused dorks, and the Scots in our city provide us with much unwitting amusement. Name-calling, parchingly dry wit, and some of the most amusing vocabulary. We still treasure words like “numpty” and “tumshie” far more than we ought.

This weekend we were introduced to yet another facet of humor, in the form of a letter sent to the Met Office from the friend of a friend. Sarcastic? You bet. Amusing, in the way that snarky Letters to the Editor tend to be, with a heavy patience and solid logic that can only be found when a really intelligent person is talking down to you.

To whom it may concern

I am writing as I would like someone in your organisation to provide me with clarification on when winter officially ends and for this information to be cascaded among your meteorological team, in particular, to the woman who presented the weather forecast after the 10pm news bulletin on BBC1 last night.

As far as I am aware it seems commonly accepted that winter is declared over on the spring equinox, which I believe falls around 21/22 March. However, last night, it appeared that your meteorological staff might be operating under the misunderstanding that winter had already ended. While watching the weather forecast, the nation was informed that it was likely that cold air would “seep back” across the country next week “so it looks like winter isn’t finished with us yet” (see: http://www.bbc.co.uk/iplayer/episode/b00q2wgb/BBC_Weather_21_01_2010/).

Having lived on this earth for 35years and having had some experience of the seasons I was a little taken aback that anyone might have believed that winter might have actually ended given that it was (yesterday) only the 21st January. Winter, as wikipedia helps confirm (see: http://en.wikipedia.org/wiki/Winter#Period) seems to have several months left to run and is not due to end for another two months. Perhaps this helpful wiki weblink might be distributed among your meteorologists. This would ensure that any confusion surrounding seasonality can be avoided and to allow winter to run its full course. Using this knowledge would also help ensure that the wider population is not confused into thinking that winter a) might already have ended and, b) that it is due to end anytime soon.

Many thanks for your time

The weather remains gray and sullen, but you know, winter and all…

2 Replies to “The Cultured Wordsmith”