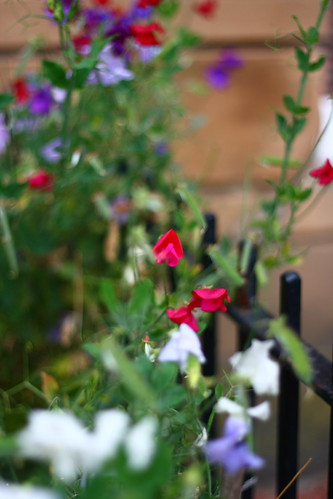 This is a week for remembering.

Twenty years ago today, we reached the end of one story, and began another.

The previous story began when T. was a college senior, avoiding 8 o’clock and a very BOOMING-VOICED PROFESSOR who just thought he was the Universe’s ultimate gift and knew it all. T. couldn’t stand his homophobic, misogynistic self (perhaps he wasn’t truly homophobic and misogynistic, but Walt Whitman certainly seemed to bring it out of him…), so though her usual habit was to be on the front row of everything (a holdover from having squinted her way through three years of school before anyone noticed she needed glasses), she slunk to the back in self-defense – the back where Mr. Man in Black, a seriously Goth/shaved hair/eyeliner/myriad earrings/gravelly morning voice wise-guy type sat with his feet propped on the desk in front of him. Despite being so far away from said professor, he would, nevertheless, Hold Forth from the very back row – while the whole class turned and craned and looked at him. So, while T was avoiding the professor and his big, stupid voice, she had Mr. Man next to her, assertively booming up toward the front, and attracting everyone’s attention.

She was not happy.

The professor really was a piece of work, and as a result of the myriad arguments, and other less academic concerns (READ: Eight A.M. when one is nineteen is REALLY early. Some of us love our sleep) Mr. Man frequently absented himself from those 8 a.m. classes fairly regularly. Being brilliant, however, it didn’t matter, he was still making the grades. (Also, the professor had taught at Oxford, and the British educational system is structured so that professors only rarely show up to teach – they have lecturers for that; professors research. So, our professor – minus his lecturer counterpart – was missing class about as often, too – it was really insane that quarter. Anyway.) Once Professor Blowhard showed up and announced an exam, through sheer chance (yeah, right) T ran into Mr. Man and advised him the impending threat to his grades. He wrote his number down (in eyeliner) and suggested she phone him and he could pick up her notes. …and, of course, D. and T. ended up chatting and chatting and ignoring all other responsibilities to chat some more.

A year and a half of chatting, and D and T decided not to end the conversation. And, so, twenty years ago, on a Tuesday afternoon in a skateboard park, with a pop bottle tab for a ring, D&T promised to keep talking… and then, went back to work. Because, bills, people. No one who gets married in their barely twenties actually has, you know, money.

To celebrate the sweeping romance of those twenty years, on Monday, they went to the endocrinologist. As one does. Because, lab tests and appointments wait for no man. 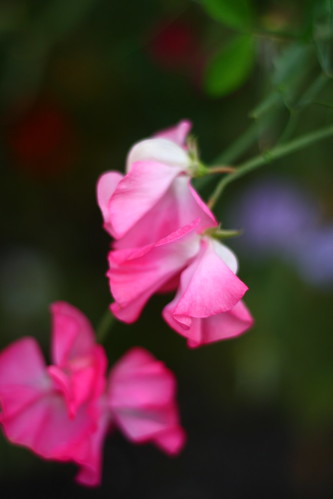 Okay, so we’re not the most romantic people ev-ah, but honestly? There’s nothing intrinsically romantic about relationships. They’re work. Even one’s relationships with one’s favorite shoes are work – you polish them, you keep them out of mud and water, you re-sole and re-heel as necessary. In return, the shoes look nice on you; they keep their grip on the pavement, they ornament your steps. It’s a relationship, of sorts. There’s nothing inherently fuzzy or starry-eyed and sparkly about not slamming a door or kicking someone in the shins, when you feel they could so richly benefit from this behavior (and, doing so would so richly enhance your feelings). There is nothing effervescent about explaining something to someone who doesn’t get you, in unloading the dishwasher when someone said they’d do it, and doesn’t, in wiping up after someone else cooks, and cleaning the shower after someone is sick in it (oh, one memorable winter in Glasgow …ugh. Let’s draw a veil). Sometimes, not even the love that you have nurtured is enough. Sometimes, a relationship is all only bloody-minded, jaw-clamped, relentlessly civil, grimly optimistic… work.

Fortunately, if you keep chatting, it all gets easier. Listening, more than speaking. Opening hearts, and not just ears.

Twenty years. Twenty – when some of our friends didn’t even make it to ten. My God, we have been blessed. Thank you.

4 Replies to ““They looked up, and twenty years had passed.””