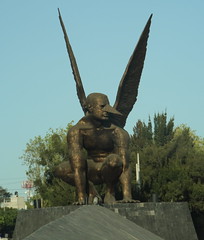 We people watch a great deal, on the way to and from wherever we’re going in this city. It amazes us that there are almost 9 million people in this city alone – and it’s so densely populated that people are living cheerfully cheek-by-jowl. It’s … a lot sometimes, so we’re grateful for the little pauses where we can look around.

One of the things which intrigues are the barrio murals. There’s graffiti all over the city, but quite a lot of it isn’t mere tagging, but actual muralist artwork. There’s a strong muralist tradition here, of course, dating back to Diego Rivera, and the city seems to be pretty ambivalent about artists taking to the streets, as long as the work is good and it’s not invasive or on statuary or whatnot. Those rules are clearly adhered to – there’s ONLY tagging on walls along freeways – so, so dangerous, with the way people drive here! – along sidewalks and streets and on the side of buildings. Even temporary walls put up along construction corridors don’t escape the paint.

A lot of the art is religious iconography – the Virgin de Guadalupe is everywhere – but there’s also Banksy style stuff, stuff with a more political bent, protest artwork, and more. If you can handle the dust in the air from all the sweepers (there are leagues of twig-broom wielding sweepers all over the city) there are a lot of interesting places to walk and see the public art. 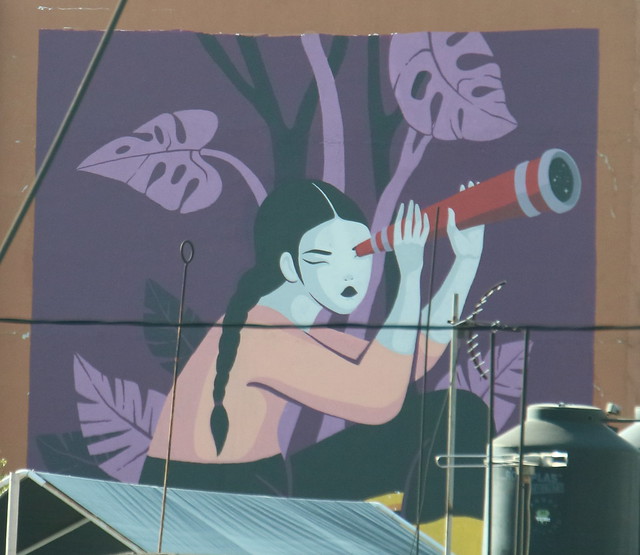