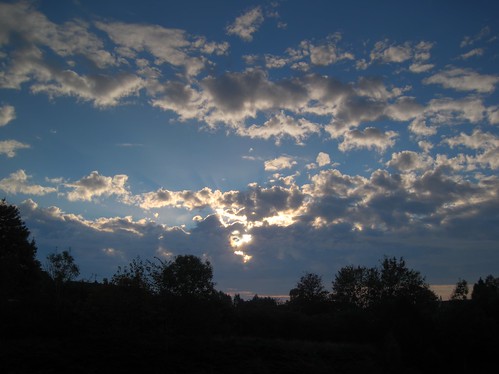 There are banks of giant Maxfield Parrish clouds blowing up just now, while we have a pause in the rain. Like most Californians, we are doubly grateful for the precipitation which clear away the last of the smoke. The fires were ghastly and not just for those who lost loved ones and property. For those of us breathing the smoke hours away, it produced some of the same anxious restlessness as the oppressive heat wave; trapped indoors, we checked the news upon waking each morning, hoping for some change, and for news from dear friends in the North Bay. (Everyone is well – even those for whom the fire damage stopped seventy-five feet away from their front door, which is miraculous when so many lost so much.)

To make an anxious situation more fraught, T was diagnosed that week with multiple overlapping autoimmune disorders. What was thought to be a wildly early onset of osteoarthritis turned out to be something we’d never even heard of – too many consonants, most of them with the same -myositis suffixes. The symptoms list was long and horrible. For a while, the smoke in the sky seemed to match the smoke in our minds, as we struggled to see past the moment. But, smoke clears, as it always does.

The premise of the fairly stupid but beautifully named Silver Linings Playbook (it was a novel, and then a film, and apologies if it’s your adored favorite) was that a man who had come away from a stint in a mental institution was going to focus himself on the positives in the world, in order to avoid a relapse. Adjacent to the secondary and tertiary plotline nonsense, this seems like a reasonable goal – to accentuate the positive. It actually becomes easier when one does this on purpose. T remembers working as program co-director for a Youth Director at summer camp, and always having on hand during campfire programs wads of the horrible Bazooka Joe bubble gum, so she could handily unwrap a piece and insert the cement-hard, sugary sweetness between his teeth, to remind him inaudibly to keep his jaws clenched if he couldn’t say anything nice. The bad jokes and cartoons in the wrappers are still a favorite of hers to this day.

The stairs in this new house are a bit steep, with risers a crucial three-quarters-inch higher than the US standard 7 inches vertical. Both T and D remarked on how dire that extra lift could be, when one is tired or in a hurry, but both quickly became accustomed to the extra lift, and even fond of the clatter of uncarpeted stairs. While racing isn’t possible every day, it is now an automatic mindfulness to be thankful on the trips when it doesn’t hurt. 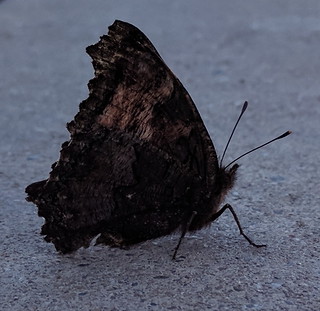 Sometimes it takes a lot to remember to be grateful for everything.

While there is nothing to cure autoimmune disorders, there is management. Several of the drugs under consideration are immune suppressants – possibly some of the same ones T’s sister is on after her kidney transplant at eighteen. Some of the drugs have mind-boggling side effects, and we are struck with extra compassion for our little sister, who is making the best of a bad lot of medications. We have more options than she does – including the option to delay medication altogether until there’s proof of irreparable harm – and so see our increased empathy as a silver lining, too. The girl is a trooper.

And finally, probably the funniest silver lining is that with these various autoimmune diseases, the body produces copious amounts of …collagen, that building-block protein of connective tissue which is prominent in skin and bones. It’s also what gives us hair and nails… and right now, T, whose horrible nails have always split and peeled, and which she has kept short her entire life – right now, she has the longest, hardest nails she’s ever had. Mind you, she can’t pick things up reliably – she’s as graceful with them as an 8th grader wearing ’80’s era Lee Press-On nails, but she’s delighting in buying ridiculous nail polish and tarting herself up each week like a dance hall floozy. Polka dots! Stripes! Questionable color combinations! She’s looking forward to amazing hair next – of course, Prednisone, one of the drug options, also makes it fall out… but we’ll enjoy it while we can.

Silver linings, friends. Silver linings edging the clouds in these dark days. Diwali, the South Asian festival of lights, was timely this week. May we all remember light triumphs over darkness, every time.