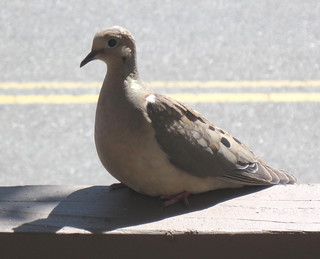 A chilly, damp, late winter morning, and already the doves are creating their mindless racket atop the neighbor’s house. The fake owls do absolutely nothing to convince the doves of their ferocity, so they’re nesting next to it. Doves in chorus sound a great deal like chickens volubly remarking upon the laying of an egg, so you know there’s all sorts of raucous nonsense going on. Whoever likened the cooing of doves to something pure and mild clearly never lived anywhere near them. Typical. 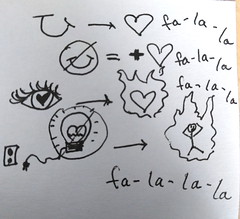 Inasmuch as the time change has thrown us completely – when will someone take seriously the idea to do away with such indignities!! – it is, at least, a sign that this winter of diseases is crawling to a close. If you’ve been one of those who have ridden the coughing carousel, unable to dismount, you have our empathy. Fortunately, after the January/February illness phase, we’ve been healthier, if exhausted. Not so much from dreich, gray skies and the eternal fogbank in which our house sits, but because of … enforced levity. Who knew smiling could be so tiresome? Oh, yes – our comedy show is coming up this weekend, and in this household, we are heartily sick of a.) lines concluding with “fa-la-la-la,” b.) Gilbert and Sullivan, c.) songs ending with “jazz hands” d.) songs containing tubas, e.) kazoos. And did we mention fa-la-las?!

On one hand, we frequently remind ourselves that our director’s insistence that we MEMORIZE such gems is staving off the encroachments of Alzheimer’s. On the other hand, should one keep singing songs with fa-la-las, dementia is practically assured… 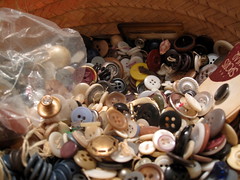 All snark aside, T has had her six month meeting with her doctor regarding her autoimmune, and after numerous blood tests and kidney tests, appears to be as well as medical science can make her just now. Though the grinding grey exhaustion continues, and the medication only ameliorates some of the symptoms, because it is so toxic, we’ve decided to keep it as minimal of a dose as possible. This means that the excessive collagen buildups, which produce thick harpy fingernail/claws continues – but the autoimmune continues to attack the nailbeds, soooo… the nails fall off. Neat, huh? The breakdown of skin also affects hair follicles, so while hair grows quickly, it also fills the brush and dusts the shoulders in a continual silent fall.

…one never imagines oneself as particularly vain until one is female and facing massive hair loss. And then, one discovers, oh, suddenly, painfully, that one is VERY VAIN INDEED.

Life is just full of opportunities to learn one’s limits, is it not? Wouldn’t it have been fun to learn about this limit, oh, never?! But, alas.

One of T’s more random hobbies has been to take interesting old buttons and, adding them to various clips or jump beads or other findings, make some sort of hair jewelry or brooch or whatnot. It’s something mentally freeing to do whilst listening to podcasts, and has been a convenient means of creating small, handmade gifts for small people… and herself. Knowing T’s predilection for hair jewelry, for her birthday this year, her parents presented her with, among other things, a lovely set of bejeweled combs from Macy’s… the day after she’d hacked five inches from her hair and given up on doing more than wearing a headband.

O. Henry’s “The Gift of the Magi,” came to mind, both awful and amusing at the same time. T. quietly rewrapped the combs and returned them, not having the heart to mention it to her parents.