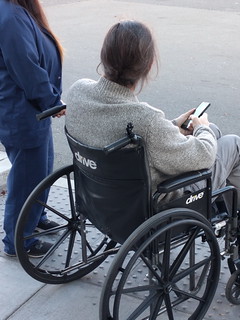 It tells you a bit about the year you’re having if you’ve already run through your health insurance deductible by the second week in January. This won’t make much sense to NHS users overseas, but suffice it to say it’s the two-edged swords of American healthcare, and it means the last few weeks have been a bit pinching on the pocketbook…

So, now is the winter of our discontent… or something like that. It’s at the very least the winter when Himself is taking a break from work, to plumb the depths of his symptoms (chills and sweating, heart racing, fight/flight responses) and determine their cause (medication interaction, physiology, psychology), and straighten them out. In between, we are discovering and rediscovering things we like about where we live. Today, it was Quarry Lakes Park (which we keep calling Crater Lakes Park, which is… apparently elsewhere). 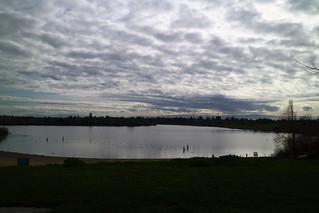 Quarry Lakes (Regional Recreation Area – whatever) Park is essentially the correction of a mistake – as a quarry is manmade, while a crater is the result of a no-fault, act-of-God large-item-impact. Alameda Creek was the original boundary between Contra Costa and Santa Clara Counties, and in the mid-19th century transcontinental railroad race, railroad prospectors scooped the gravel from the banks of the creek to help form the western end of the line. By the time the railroad was built, there were just vast, unsightly holes in the middle of the countryside, collecting groundwater – which Alameda County (named and organized in 1853) used to top up local aquifers. In the 70’s when the big push came to celebrate the earth and stop making giant holes in things for not very good reasons, the city bought the property back from various business people, between 1975 – 1992. 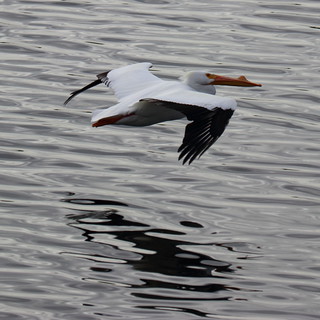 Quarry Lakes Park is 350 acres of lakes, and 121 of land and hills surrounding it. At the central lake, the city put in a gravel-and-sand beach, and buoys where in the summer it must be a hoppin’ place for swimmers who don’t mind swimming with geese and egrets and frogs. On other lakes, there are boat launch areas, they seed it with fish for the fishing fiends, and there are tables and shaded pavilions all over. There are several looping semi-paved biking/hiking trails surrounding the biggest of the lakes, and some of the biggest pelicans we’ve ever seen, gliding smug, fat and happy through the mirror-bright water. They leave wakes. Like boats. They land on the surface with the inelegant thump of a heavily loaded 747. (They have cartoonishly short legs, and look like they’re part of an anime from Studio Ghibli.) The ones we saw had bumps on their beaks – because it’s apparently breeding season, and those bumps are the equivalent of a peacock’s tail advertising virility or somesuch. In a few weeks the bumps will be gone, and in a few weeks more, we can look forward to their ugly adorable, spindly-legged offspring. 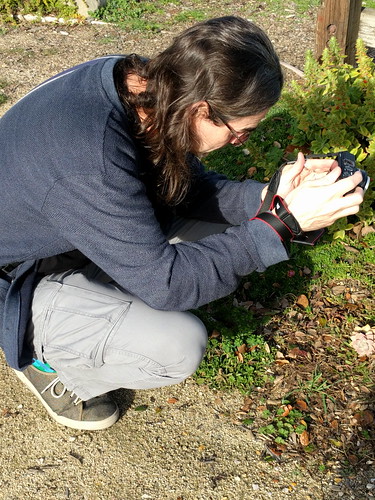 Though there are apparently snakes and hares and foxes as well (though we saw no sign of them), this is one of the best areas for bird life that we’ve discovered. T’s remark years ago that photography was a gateway drug to birding has proven true. We saw that there are wood ducks, herons and egrets in the ponds with swallows and red-winged blackbirds in the hills surrounding. We were surprised by the aforementioned GINORMOUS water birds (American pelicans are between ten and seventeen pounds, which is not bad for a creature with hollow bones) and the expected seventeen hundred Canadian geese, Scrub Jays, grebes, and scaups, we chased a pair of Northern Flickers across the parking lot without getting a good picture. That’s definitely going to happen next time. What’s also going to happen is more photography – we realized that in the past eight months or so, we’ve not gotten out as we liked to record our experiences and see the world. Even if we don’t visit any of the other numerous parks in our area, Quarry Lakes is going to keep us happily occupied for some time. 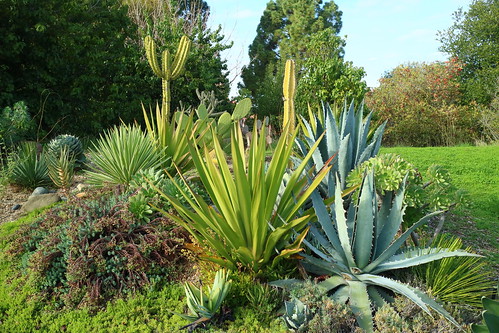 Half paved paths with manicured lawns, half scrub oaks and dirt-and-gravel trails, this place is so, so big, we almost missed a little corner of it which houses a Showcase Garden, a Master Gardener’s display piece to show off native species and plants which do well in our particular zone. There were herbs and succulents, cacti, roses, and fruit trees. On a cool morning in the spring and summer it will be delightful, but even on a cool and gray winter afternoon, it was gorgeous and smelled fresh and clean. The green was almost surreal, as the sun sliced a bit through a bank of clouds.

It’s hard to describe the effect of an unexpected garden when your hearts are already full from birds and water and a lot of sky. The tiny paths and bright colors were a treat that lifted us out of ourselves all over again.

When you’re feeling a little rattled by circumstances, a walk in the park (or, regional recreation area, fine, whatever) solves …basically nothing. No voice from above, no angel choirs, nothing miraculously solved. What it does do is suffuse blood into your prefrontal cortex (no, seriously). What that does is disrupt repetitive thoughts. What movement does is raise your endorphin level, lower your stress levels, and reduce anxiety. Sure, everything is still a mess – you’re still waiting in the liminal threshold of a change, trying to determine your direction, but for an hour or so, it certainly gets you out of your head. A brief sabbatical from indecision or angst is worth celebrating. 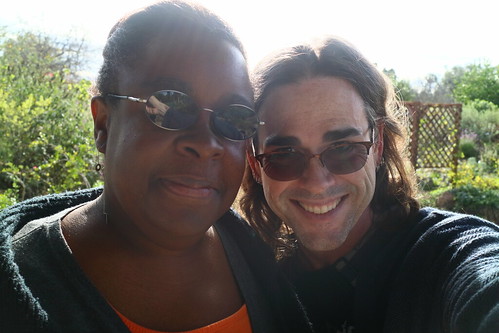 One Reply to “A Threshold in a Liminal-land”