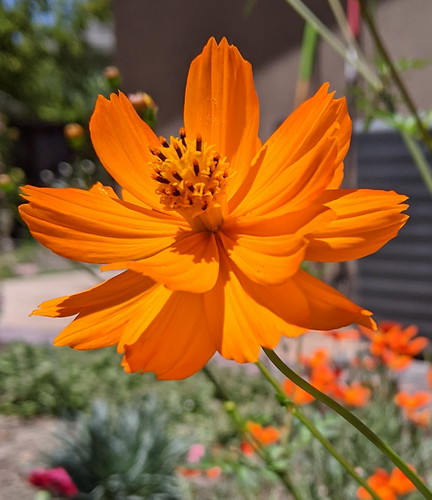 It’s still feeling strangely like a cross between the longest weekend ever… and childhood summer “vacations” (where we still had daily calisthenics, times-tables, chores, and encyclopedia “research” papers to write for our parents), but here we are. Still social. Still distant. Still friends. We hope you’re finding space for silence, time for talking, and the ways and means to do that which you must. We wish you peace.

Another Monday morning… Lather, rinse, repeat. We work, we cook, we read, we sort our far-too-numerous possessions (ETA: some people rearrange furniture. Constantly), and then we work some more. We sleep, we wake, watch some sort of entertainment and wander around our small corner of paradise. We are grateful that we have a roof over our heads, but …well, most of us are very sick indeed of the shape of said roof, and the color of the shingles…

Ah, confinement. It would be easy to say that it’s making people crazy, but it’s not… it’s privileged people encountering the word “no,” some of them for the very first time, apparently. This is less “going crazy” than poorly handled rage. If it were actual “stir-craziness,” wouldn’t all of us confined be infected with it? So far, you’ve limited your toileting to actual toilets, haven’t you? Yep, we figured. In this society, we constantly blame on mental illness people wholly unable to deal with the reality of no: “No, I don’t want to date you. No, I don’t need to hear from you. No, I don’t owe you time, money, or attention. No, you can’t come in here without a mask.” Hearing “no” is hard – but most of us learned to deal with that around the two-year mark without shooting anyone, road-raging with our shopping carts, or widdling on the floor in public. It’s an annoying part of life when kids tantrum, but it’s …unnerving to discover that so many of our fellow humans are only masquerading as adults, and are really ginormous, ill-tempered children. With apologies to actual children. 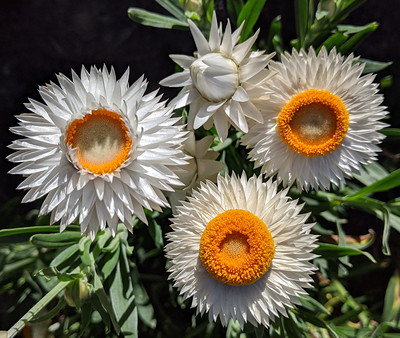 Owing to the fact that we know we won’t be hosting guests here for the foreseeable future, we’ve dismantled our cozy little guestroom. We even gave away the bed to a family who needed one, and have repurposed the larger room as our new office. Extra benefits include it being both larger and cooler than our previous office, both absolutely necessary as we continue to share office space during what is obviously the longest summer in recorded history. Work has taken off. T has been privileged to be a part of the reading jury for the NSK Neustadt Prize for Children’s Literature – an international children’s literary award which was going to necessitate a trip to Nebraska – and is finishing the novel which is going to come out next fall (the one out THIS November is also done, yay!). D has been juggling clients – one of them having delayed their project by over a year – and trying to wrap up myriad small contracts so that he has time for a larger one, where he’s the primary technical architect for the installation of a manufacturing execution system. That project may take several years, if it gets approval, so fingers remain crossed. 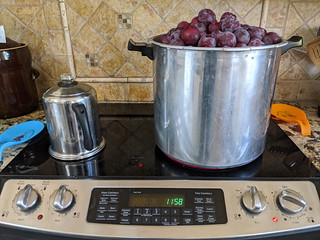 We had so many plums on our plum tree that it broke two branches, necessitating a lot of running around and propping things up – and rapidly trying to deal with a good eighty pounds of plums. Next year we’re going to thin it a bit better – the poor tree just can’t handle that kind of weight. The garden as a whole has been both a joy and an annoyance… well, rather, the gopher has been an annoyance. It has eaten, by today’s count, two whole tomato plants, two cucumber plants, and three flowering bushes. We’ll draw a veil over the holes in the lawn… people rhapsodize about how lovely it is to see more turkey, coyote, and mountain lions about, and how with the decline of human traffic we see the return of nature, but this is one return we could have done without. Nonetheless, we are butterfly, bee, and bird central with our various flowers, and we’re growing tons of herbs and root veg.

A lot of the hotter weather crops are REALLY slow this year, as nighttime temperatures were really variable through May and June. While elsewhere it’s been sweltering, in our little pocket of micro-climate, we are having foggy mornings and sometimes days that don’t heat up until about 4pm. – which means we still have verrrry hard peaches, though they look beautifully ripe. It’s quite a bit more humid than we remember from previous years as well! Unfortunately, none of that makes our melons and squash grow faster. Oh, well. 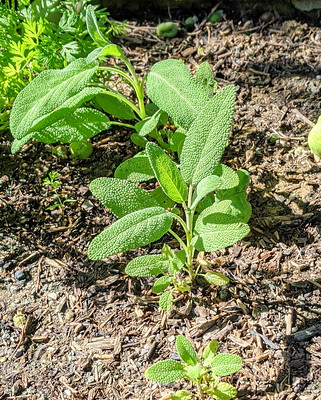 We’re still singing – D has continued his Zoom voice lessons (probably serenading everyone in the neighborhood, because summertime = open windows), and T occasionally threatens to join in. Our community choir here continues to figure out how to maintain a choral presence in the communities and navigate social distancing at the same time. The last week in May, we concluded recording for a virtual choir concert – and while it’s been a steep learning curve becoming accustomed to the technology involved, we’re hopeful it will release soon. It’s hard to imagine the winter season without music, so we… don’t. That’s seemed to be working for us so far. Sufficient unto the day is the evil thereof, and all of that.

This week someone commented that life is a series of things falling apart, and coming together. That seems… accurate. Regardless of the many things we have believed that we can count on, there has always been an element of risk, and the opportunity for abrupt failures. Many people just now are discovering this – and some feel that they’ll never survive this falling apart. But here’s a secret: we already have. It’s done. The past is gone. The sinkhole has opened and we are at the bottom, and now… now we are going to sit in the ashes of the disaster for a bit (until people properly begin to understand the whole mask thing, perhaps?) and know that we cannot fix it. At all. 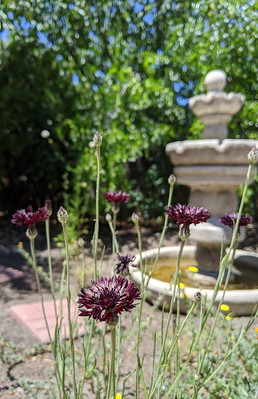 And then…? Then, things will come together.

This isn’t meant to be magical thinking, or some kind of faith-in-magic trick. Obviously, there’s no timetable on this, no way to pinpoint the date when we stop thrashing against this frustrating reality, and re-emerge into “regular” life. This is the reality: ambiguity. There’s no cure, no fix, no answer, so the disaster sits here, and we sit, being reminded that wholeness and safety has less to do with us than we previously believed. So, the exercise becomes thinking about how we’ll remember these moments five or ten years from now. “Remember when we set up the tent in the backyard? Remember when you painted the rocks with positive words and left them by people’s mailboxes on your walks?” Remember how we learned to sew a lot better, sewing masks for strangers?

Remember how we all kept going?

4 Replies to “The Confinement Chronicles, con’t”