It’s been a minute!

We’re still here, in the Year of Our Lord Twenty-Twenty-two. We’ve missed sharing a few details, these last few months:
A Stanford specialist for T, a quasi diagnosis from said specialist, a new editor for T, and an abrupt departure to a new house. (Workwise, things have remained fairly constant for D, for which he’s no doubt thankful, but there’s always the possibility for changes there, too.) We’re still standing, though, with much to be grateful for, and no more than the usual aches, aggravations, and inconveniences. How about you?

On hearing that we were moving house, one of our Scottish friends said, “AGAIN!?” Since in the fourteen years since we’ve known her, she’s been safely ensconced in the selfsame house whilst we’ve been in … four now, since our return from the UK…we can appreciate her incredulity. We keep thinking that we’re going to settle in and just be, get to figuring out where we actually want to settle and buy something, and then it all seems like too much effort, and then the economy has another hiccough, and says “nope” once again. Aided by our rent rising by two hundred dollars last year, and finding that the house next door sold and was being entirely gutted and remodeled hastened our exodus. You’ll never believe how much your concentration shatters until you have a jackhammer going next door. Finding a larger place at four hundred dollars less a month immediately available made the inconvenience of a rapid uprooting and packing a little easier to bear. 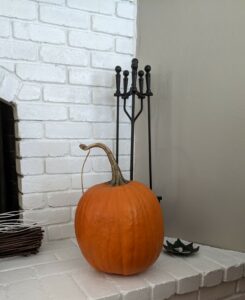 We’ve moved into a neighborhood with neighbors that bring over pumpkin bread and wave on the street, which is heartening, and D’s beloved voice coach is three blocks away. Our Presbyterian choir is the same distance away timewise, but via a more direct highway, so we’re tentatively rejoining them for their holiday choral pieces, T fully and miserably masked, which remains a trial, but a trial she can live with in favor of leaving the house periodically. D continues to work with metal, wood, and experiment with other mediums, most recently clay, while T continues her slow progress with German, Dutch, Spanish, embroidery, and ukulele (when her hands cooperate), and pretending she knows how to decoupage. Mostly staying home continues to give us delusions of artistry.

The new house is 1960’s weird, and the unpacking is taking longer than usual, as our episode of Keep, Donate, Toss continues. There is a lot of discussion and bittersweet realizations about the things that have changed in our lives… For example, prior to now we could dream (READ: pretend) that someday we’d be the rustic hiking sort, and really use tent we bought at the early years of our marriage. We imagined family trips, weekends away, … a lot of things that never came to fruition, and, in the Pandemysterious Present, with T’s wonky immune system remaining compromised, will not come to fruition (although outdoor gear is still a great way to hang out for us now). We should probably get rid of the tent, but it’s hard letting go of the We Who Weren’t, and never will be. Not every decision is agonizing, but as the donate pile in the corner of the front room ebbs and flows, we know it’s time to be realistic. We move more than most people (NINETEEN moves in our married lives. NINE.TEEN). We aren’t able to interact with either people or food the same way we used to, so all the entertaining and meals are probably not going to happen in the same way. Additionally, we likely won’t retire in this house. We need to move more lightly through this world so it’s easier to get where we’re going…wherever that is. 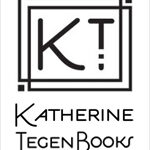 Meanwhile, as the autumn deepens, the season of changes has hit T.’s work as well. She discovered that she is unexpectedly losing her editor, Katherine, while still under contract with the eponymous Katherine Tegen Books (an imprint of HarperCollins Children’s Books). It’s a little unnerving changing horses midstream (or swapping barrels going over Niagra, or whatever folksy aphorism you might supply) but fortunately, she’s already met her new editor, and holds out hope that all will be well come December. Her next book comes out in January, and she’s currently working with the new editor on a cover concept for the 2024 novel under contract. Hopefully after that more contracts with this company will materialize, but we’ll see…

The Autoimmune Thing has not improved, and for varied and boring reasons, T endured the nearly six months wait time to see a doctor at Stanford University Medical Center. We could launch into a rant about the length of time it takes to see a specialist, kvetch about the general cruddiness of insurance companies and out-of-plan doctors, but we would grow old before we finished being ragey, and who has the time? Suffice it to say it has been, thus far … a total bust.

This shouldn’t have been a shock. Americans, with our bias towards worshiping the intellect, tend to imbue doctors with godlike qualities. Add to that a big-named research hospital, and just gaining entrance to the hallowed corridors makes some feel as if they ought to genuflect. All that know-how! All those smarts! All that expectation built up in patients that there will be The Answer. Unfortunately, that hasn’t been the case for us. 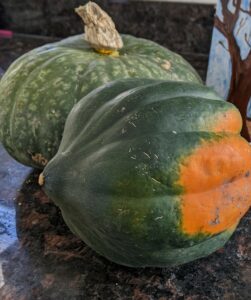 The rheumatologist did due diligence with blood work, but test after test after test (SO. MUCH. LABWORK.) couldn’t bring him the definitive answer which he was after. There was no satisfying “Aha!” and no big reveal which pointed to dramatically to…anything. He repeatedly admitted that the blood work showed “something,” but not “enough.” The “not enough” became problematic. Every visit, the doctor asked a series of questions, the same questions, and T repeatedly answered them… and round and round that went. Since it’s impossible to “perform” illness on cue, this began to feel… awkward. We did the best we could in documenting the problem, sending photographs of rashes, blotches, and writing essays to describe pain and sleeplessness, rating joint disability on numerical scales. Eventually, the doctor did what he called a “push test,” told T. to stop eating red meat and do some yoga, and that she likely had fibromyalgia… and that he couldn’t help with that, as there was no real cure.

D, who attended the visits, was incensed. T was…bemused, especially since she’s been a vegetarian since she cut teeth. This has been an expensive, frustrating exercise, but it has taught us something… We’re just not sure what yet. While working on being grateful for the experience, we’re mostly focusing on the discovery of all the things we now know this autoimmune thingy is …not. 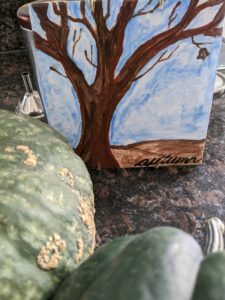 It’s like Formula 409, right? Nobody remembers the 408 things that didn’t work. Something will break with this, and that will indeed be something to celebrate. Meanwhile, T’s focusing as hard as she can on gratitude. She is deeply grateful for all the friends who keep in touch, we are both grateful for the fantastic rain, and the opportunities outdoors in the cold, for the days when work is interesting, and T, for days her body feels good enough to take a walk. (As not necessarily one of nature’s natural bluebirds of happiness, T’s just trying not to turn into a permanent grump. It’s relatively simple to become self-pityingly Grinch-y with chronic illness.) Thank you, friends, who have asked when we were next going to “say something” on our blogs. We’re still here. We’ll be here…

Meanwhile, while we miss the garden from the last house with its multiple fruit trees and big songbird population, but D. is looking forward to the next few months of rebuilding a yard which has just had the lawns removed. The landlord indicated that he was in the process of putting in a bit of green and some xeriscape, which D. enthusiastically embraced. Already we’ve heard an owl at night, seen a striking little kestrel casually perched on the back fence, and met the neighborhood crows and a pair of nesting mockingbirds, not to mention the ten thousand dun-colored sparrows, black phoebe and hummingbirds fighting cutthroat battles for feeder space. T. continues to quietly hope that all the birds we’re inviting to the yard will tip the balance on the earwig population (eeeugh).