Not really. Actually, we went to see Calamity Jane at the Perth Concert Hall for its last night. 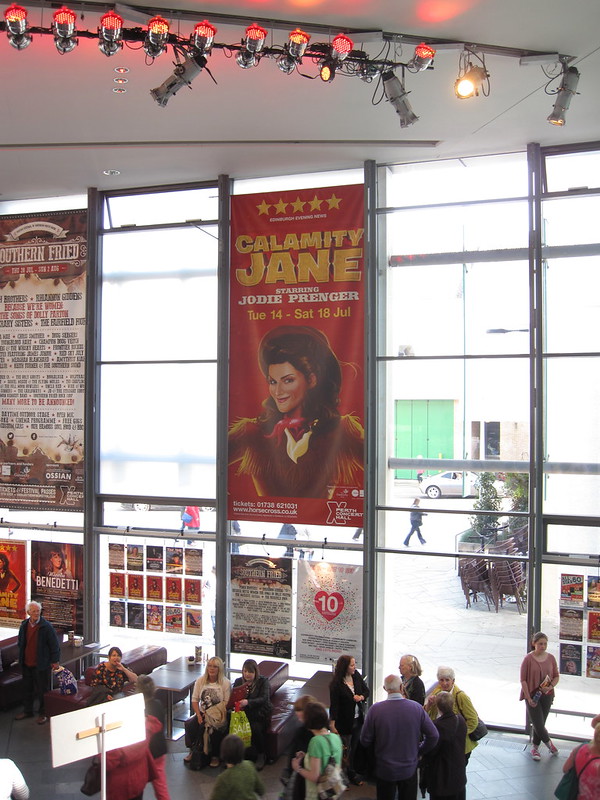 We love the Perth theater, not least because we sang a perfect concert there, ages ago – the Rossini in 2011 was FLAWLESS, and it’s just not often that you can say that about a concert – but it’s a bright and well attended space, and there is a lot of variety there. We thought we’d enjoy a bit of town polish whilst on vacation, so we got ourselves to the theater… and noticed a big, big group of screeching, giggling women taking selfies on the stairs to the balcony. Of course they were seated right next to us. OF COURSE THEY WERE. They were having a hen party, complete with pink, sparkly, plastic, cowboy hats. They were very …enthusiastic, as was most of the rest of the audience, really: clapping, “yee-haw-ing”, whistling, stomping their feet. It was like …theater as we’ve never experienced it. Ever. It was an event. Having never seen the performance before – D. had never even really gotten the gist of the plot – we were a bit … left out. What with the lack of sparkly cowboy hats and all. 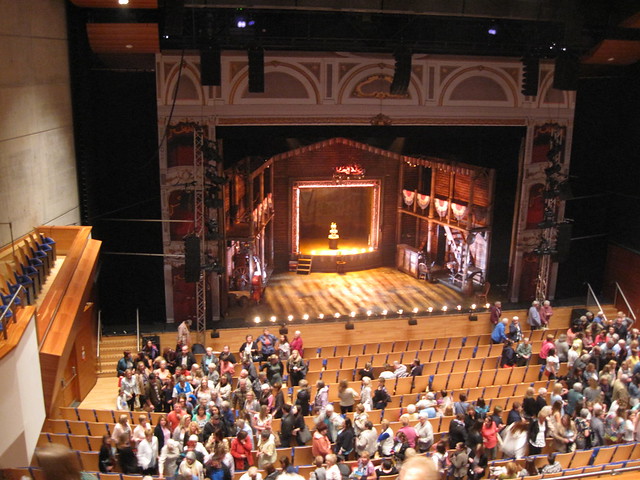 Despite our bemusement, it was quite a well done performance – even the accents could have been from… well, Australia-by-way-of-Canada, if not the U.S.. The players had an amazing amount of musical talent – there was a cellist, a bass, two flautists, three violinists – fiddlers – and a couple of really wonderful trumpeters, a sax player, and some great pianists – as well as the ubiquitous guitarists, harmonica and banjo players – all moving and dancing and managing to never miss an entrance or a pitch. And then there was the stompy, enthusiastic hootenany-ceilidh dancing, aka square dancing… which reminded us an awful lot of the square-dancing at our friend Axel’s wedding, actually… while we may never (please, T. says) go see a Western musical again, it was a lot of fun to do something so drastically different, on holiday.

2 Replies to “We attend a hootenanny…”