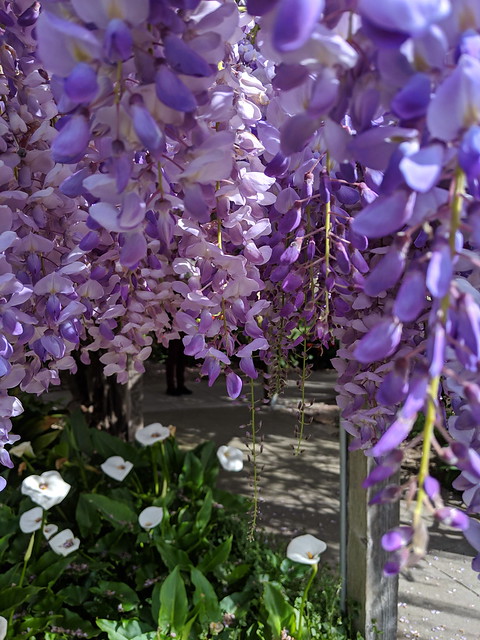 It’s like so many other things in life
to which you must say no or yes.
So you take your car to the new mechanic.
Sometimes the best thing to do is trust.

The package left with the disreputable-looking
clerk, the check gulped by the night deposit,
the envelope passed by dozens of strangers—
all show up at their intended destinations.

The theft that could have happened doesn’t.
Wind finally gets where it was going
through the snowy trees, and the river, even
when frozen, arrives at the right place.

And sometimes you sense how faithfully your life
is delivered, even though you can’t read the address.
~Thomas R. Smith

It’s a good time to note that May is National Mental Health month, since we’re kind of a nation on the brink of madness at the moment. It’s tough out there, but you’ve GOT this. As you move through your world and maintain your boundaries, remember that the best way out is through, that “No” is a full and complete sentence, and that “Human kindness has never weakened the stamina or softened the fiber of a free people. A nation does not have to be cruel to be tough.” – Franklin D. Roosevelt.

You’ve got this. Promise. 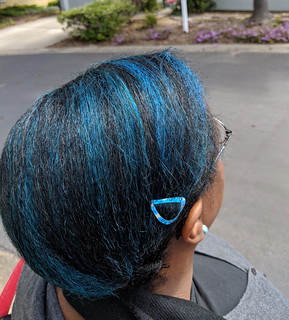 We’re feeling at one with the season, since we’ve had a pause in the rain. A brief pause, since it looks to be starting up again later this weekend… but no one really minds, since as of March, our Fair State is out of drought for the first time in a full decade. You would THINK this means that we’re having an easier allergy season, but… nope. More water means even more crazily blooming everything. Plus grass. And mold. And fungi. Ah, well. Bring on the clouds.

T’s little sister sailed gloriously through her course at the Paul Mitchell school, and graduated just shy of a year after she began. She is planning on taking her boards eventually, as soon as she gets over the luxury of sleeping in again, and then, look out world. T would like everyone to know that her sister is an awesome colorist, and that she is happy to serve as a billboard for her mad skills. (T would also like everyone to know that if you don’t wash your hair with the right kind of shampoo, your pillowcases WILL pay the price in grubby teal dye that will NEVER LEAVE. Oy!)

T’s been busy with Actual Work for a change, and has deadlines in May AND June, so she’s trying to stay focused, which is not easy with the extra little joys her autoimmune and The Devil’s Drug, aka Prednisone, has brought into her life. Still, we’re all excited to see her with another book contract, and look forward to summers 2020 and 2021 with nervous happiness. Mostly nervousness, at this point, because …deadlines. But, we carry on. 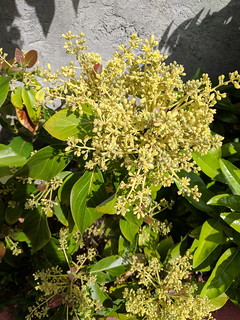 A tiny bit of excitement because our young pear tree has FOUR pears on it, and we identified the little bushlet in our backyard that has so faithfully bloomed every year and then… basically done nothing else but sit there. We thought it was an avocado, or another citrus – and it’s actually a lychee. We identified it after seeing a MASSIVE one in Hawai’i in bloom last month. We have never had fresh lychee (Show of hands? Anyone?), and while we’re not fans of the canned variety, we’re told we’ll LOVE the fresh. Yeah, well, we’ll see if the plant actually does anything with the hundreds of tiny fruit we’re not sure how to thin!

While things have been challenging, there have, of course, been the little serendipitous blessings. We were the Easter “ringers” for a venerable old Presbyterian church in Livermore, and were meant to pick up the trumpet soloist who wasn’t able to drive, due to a cycling accident (and a broken pelvis). Of course, all this occurred on a day when our car wouldn’t start… so, we drove his car after having met him for three minutes. This was a leap of faith for all involved, but in the end, we got a slightly dinged up trumpeter and his wife as friends. We’re sure we’ve met other bipolar people before now, but it’s no coincidence that we’ve met one now, a functional and amusing human being who gives us hope that the worst of things will pass.

Another little joy has been T’s new instrument. It’s only THEORETICALLY T’s, as she is in that state of just sitting and touching it, and not really, you know, playing, it, but it’s a pretty little visitor from the Northern California Ukulele Festival.

Pear-shaped, or mandolin-shaped ukuleles have a bright, open sound, distinctly more sweet and melodic than the traditionally shaped ukulele. The bell-shaped ukes were first popularized in 1927, and though the shape is less popular, it’s one of the best we’ve found. We’ve named it Baliset, because we are those nerds.

T is slightly horrified, as she has never wanted to play a ukulele, and considered them only slightly a step above the recorder she played in the third grade and muttered something about “hipsters,” but… she is promised, this one is different. No, really…

One of the Devil’s Drug’s little side effects is “agitation,” as the doctor puts it, and “not sleeping again, ever,” as T puts it, which puts her in good company, since D doesn’t seem to sleep that much, either these days. There’s a LOT of reading going on – D reads medical books, while T reads whatever she can get her hands on. Shocking, huh? That they’re actual books with PAPER?! Yes, well, we’re pretty proud that acquaintances and friends are being published this year as well, and are vicariously enjoying the thrill of projects finally completed after years of work – and those are somehow the books one simply HAS to get in actual print, no ebooks allowed. What have you been reading lately? We hope it is something equally as engaging.

With all the reading Himself is doing, T fully expects D to publish some massive paper on …well, some theory or other. There surely ought to be some recompense for all these hours spent wakefully.

On that note, it’s high time to try for a nap, before the HOURS and HOURS of rehearsal time scheduled for this weekend.

PS – This is seriously one of the more gorgeous covers we’ve ever peeped. We’re biased, as friends of the author, but seriously – what a cover! 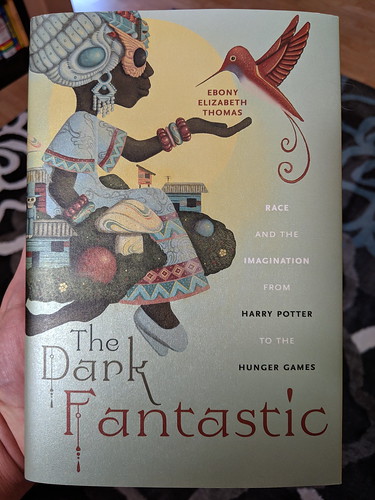 2 Replies to “Floating Into May”