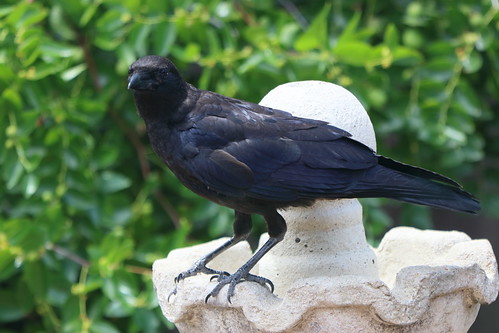 Why, yes. Hrafen probably is judging you. 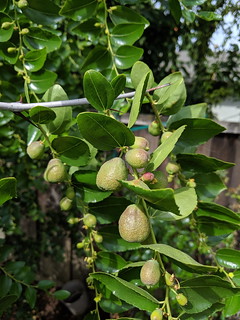 It’s August already… the calm before the storm. We’ve been thinning apples from the two trees like mad, but we already know it’s going to be an interesting autumn. After being inundated by the neighbor’s cherries and our own plums in June, we were grateful for the five apricots we got off of our tree in July and a teensy, single nectarine. We’re bracing ourselves for the goji berries, jujubes, peaches, and apples that are coming next, followed by the poms and persimmons. We put up some plum jelly which is delicious – and experimentally flavored with allspice. This is not to everyone’s tastes, which means there’s more for those of us who like it! We were happy to be able to share it with friends visiting from Scotland and the Netherlands. 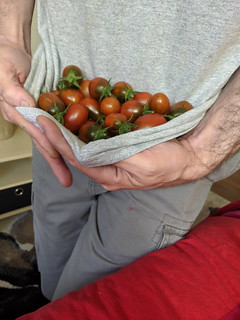 The goji berries were a surprise – we mistook the small bush in the corner of the yard for some kind of peppers! We’re still not quite sure what to do with them, but T’s sister loaned her a dehydrator, and we know that many people make and drink tea from dried goji berries, and also eat them – also dried – for the incredible boost of Vitamin C. They have such a mild flavor that the drying seems important. We figure if we treat them like raisins, that’ll be about right. The jujubes… are going to be a bigger challenge, but more and more people are growing these pretty little trees, and we’ll …taste them and figure out how best to treat the fruit. They’re called red dates, and so drying them might also be a possibility. Some varietals are crisp like apples – but we won’t know what we’ve got until a bit later.

The tomatoes are in full swing, and we’re eating them every day. We’re also already making plans for next year… for some San Marinos, because why not make sauce while it’s hot? Those who remember our green tomato mincemeat pie filling will have to wait a year – only three plants really isn’t enough to have that much of a green tomato surplus. Maybe… 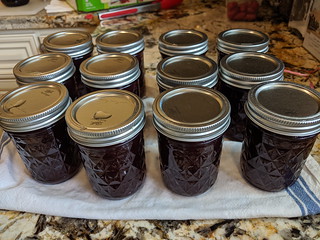 When we haven’t been overwhelmed by the garden, we’ve been frantically trying to pull the house together ahead of T’s minor surgery. We are ecstatic to have donated a whole ton of stuff, which means the car can now fit into the garage. We’re – once again – bound and determined to rid ourselves of so much stuff, and keep the sleek and streamlined way of living. Of course, we say this every time we move…

Meanwhile, T is fine – and sh’s meant to be sitting back and relaxing for six to twelve weeks, but there was a much spoken about Swiffering Incident the third day after surgery which probably bodes ill for her resting properly for the entirety of her convalescence. It also bodes ill for the state of the house as well, but D is stepping up admirably, and keeping the cookies coming. This is really all anyone can ask for in recovery, is it not?