There are 2 words of the day, today: Numpty and Tumshie. Why? Well, because I was talking to somebody the other day, and found myself to be utterly delighted when they said, “…and you just know some numpty will come along and…” 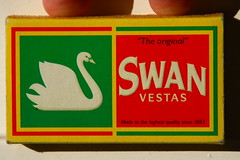 I stopped them, and, grinning, said “numpty.” “Well, yeah, some numpty, meaning…” “No,” I said, “I totally understand the word – it’s just been probably two months since I’ve heard it, is all. I’ve missed it!”

Numpty and Tumshie (or tumshie-head, to use it fully, as in back in the days of old when the Scots didn’t have pumpkins to carve, so carved out tumshies for jack-o-lanterns; to be a tumshie-head is to be not simply a turnip-head, but to be one which has had its contents scooped out) are just two of the fabulous words we’ve learned, and learned to truly love.

In more surreal Scottish news: You know we all obsess over the weather around here. The longer we’re here, the more the constant conversations about rain, cold, or wind make sense to us. When we first got here, it used to bewilder us, how people can go on about it excessively; we thought it was just dead boring.

Well, yeah. It is. But, it’s what we do ’round here. And now we have a new story to add to the pantheon: the Telegraph reported last Tuesday about a woman who’d stepped out on December 19th to pick up her Christmas turkey down in Inverness… and just got back on January 18th. Yes. A month out, because she lives on such a steep hill on the coast, and there was so much snow and ice and insanity that she could not get back. Her poor husband was down to emergency rations divided amongst himself and six Springer spaniels. He spent Christmas, New Year’s and his birthday alone for the first time in thirty-five years.