A friend of mine pointed me to The G.E. ecomagination photo project, which purports to be donating money to charity (at the rate of $1.67 per photo) should a Flickr user contribute a photo under the themes of “wind,” “water,” or “light.” “Wow,” I thought, “this sounds too good to be true!” Imagine my surprise when it turns out that the Flickr Group Rules state, among other things, that:

…you hereby irrevocably grant to GE the unlimited, non-exclusive, perpetual, worldwide, irrevocable, sublicensable, assignable, royalty free right to use, redact, republish, modify, crop, adapt, edit, copy, create derivative works of, perform, distribute or otherwise modify your Photograph including any intellectual property contained therein, together with your name, Flickr user name (if applicable), image, likeness and identity of your hometown, in advertising and/or promotional materials for GE, in any medium now known or hereinafter developed (collectively, “GE Advertising”) in perpetuity, without payment or compensation to you, and without seeking any further approval from you.

Not only too good to be true: we’ll pay you less than a stock photo company would! Way to go, General Electric! 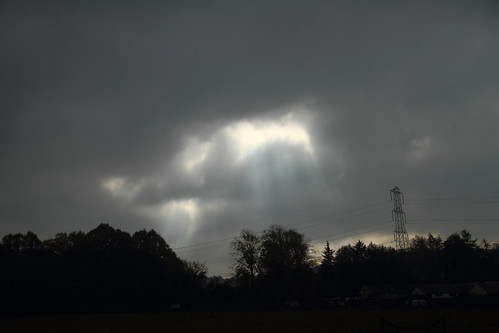 Perhaps I should bust out my credit card and donate to a charity – say, $33.40? Now I’ve done 20 times what you would have done, and I haven’t bilked anybody in the process!

P.S.: the image I’ve posted here? Let’s call it “light.” I believe that it’s shining down upon G.E. and asking that you let some enter the souls of your marketing and legal departments now. If they still have any souls left.