Not every use of pumpkin this time of year ends in pie or a hideously over-sweetened “spiced” coffee drink of red cup fame. (There’s no pumpkin in those things, actually, so never mind…) D’s friend, Rainer, who emigrated from Germany, recently enjoyed some of D’s carrot cake and reminisced about a cake he ate growing up, made with Hokkaido pumpkins. It was, he described it, rich, dense, and spiced similarly. He then gave D. the recipe in …German. Fortunately, there’s Google.

The first thing we had to decipher is what a Hokkaido pumpkin is… and where to find one. The name easily enough identified it as yet another varietal of Japanese pumpkin, but it’s known in this part of California as a Red Kuri (or kari) squash. At our usual market we found something that looked … KIND OF like a red kuri in shape, but it was too large, and the color was more butternutty… and the grocery store brilliantly labelled it “Winter Squash.” Um. Yes. Full of detailed, helpful information, that name. 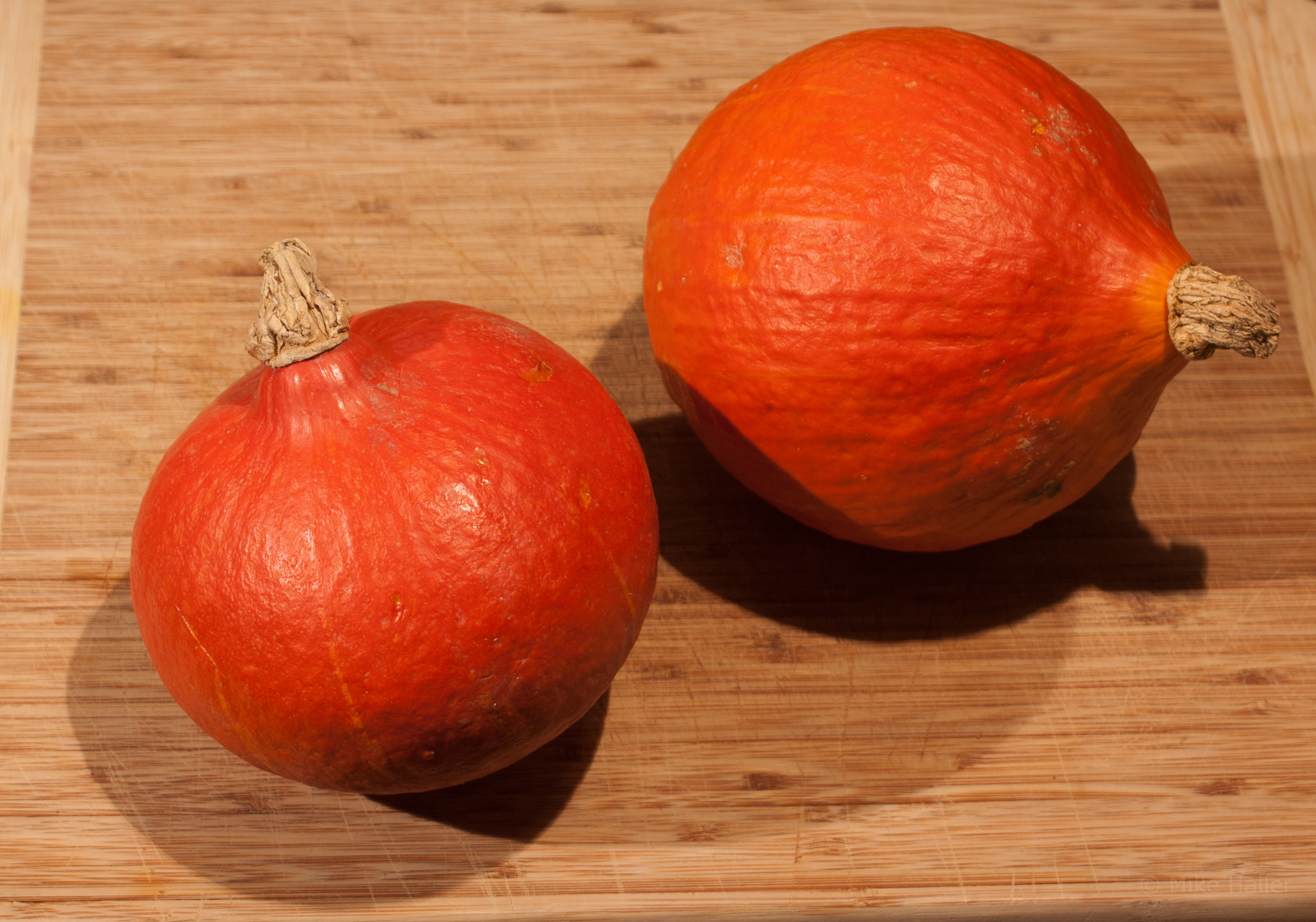 Red kuri – or Hokkaido squash – as you see in this cheater picture from Wikimedia Commons – are beautiful. Their small size and intensely colored rind are notable, and their inner flesh is kind of …pink. They’re on the sweeter side, and are carried locally at various farm markets, Whole Foods, Sprouts, and the like, though with the before-Thanksgiving run on hard squash and gourds, we couldn’t source any this time. We bought our “winter” squash for Tuesday soup and grated a kabocha instead. Another Japanese favorite, used in tempura, kabocha are hard and sweet and have the same bright orange flesh, so we figured it was a decent substitute.

This recipe records the equivalents which we used – please note that they are not exact, nor did we entirely follow the recipe, though we were as faithful as we could be.

The what-to-mix-first portion of the recipe didn’t translate very well, but once you’ve made carrot cake, you can pretty well make this. As we had a few hopeful vegans around this holiday, we opted to make the cake vegan — so we made flax eggs and used Smart Balance. We cut the butter called for by half because …well, it just seemed like a lot, and there’s really nothing worse than a greasy cake. We baked it in an angel food cake pan and were astonished at how much oil there was left still in the pan afterward. We were actually a little worried, but it all came right … 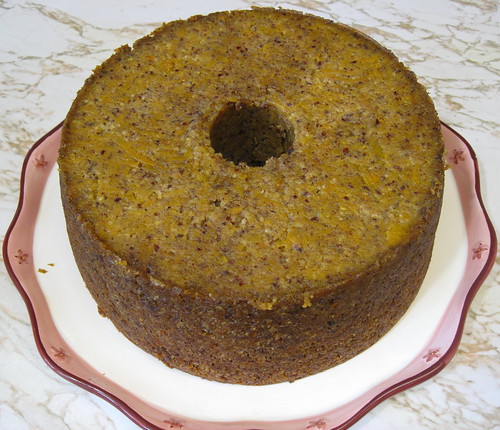 The instructions mentioned something about having chocolate flake scattered on the top of this cake. D. made a deep, rich ganache instead, and we skipped the pepita garnish because if you didn’t see pumpkin seeds, you’d have no idea that pumpkin was the flavor of the cake! Though too soft for T. – she’d like to try the recipe again with the right kind of pumpkin, with eggs, and with a different balance of hazelnut flour to AP flour, just to test some hypotheses – the cake was a hit with the guests over lunch on the weekend, and the remainder was quickly snarfed up by workmates. The ganache contrasted amazingly well with the bland sweetness of the pumpkin. This was a “ten minute cake,” it was literally gone before Rainer even got to taste any! Oh, well. Good excuse to make it again.

Anyone weary of the traditional uses of pumpkin during the holidays might swap out carrots (and raisins) in a traditional carrot cake recipe, and enjoy the results! 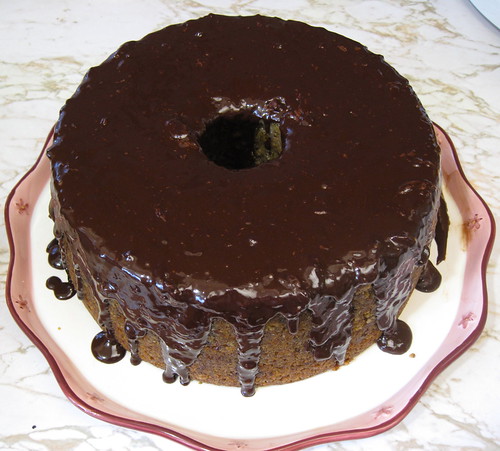