Back in 2010 we made fauxoreos, and don’t know why we haven’t made them since. Possibly because they’re so fabulously addictive?

Well, we decided that, rather than baking a carrot cake (which seems to be the most favorite thing of all things, at D’s work), we’d try the oreos again. We have decided that they are so awesome that they need to leave the house first thing tomorrow, if they survive that long (they will – there’s no way we can eat more than a few bites and stay sensible about sugar intake). 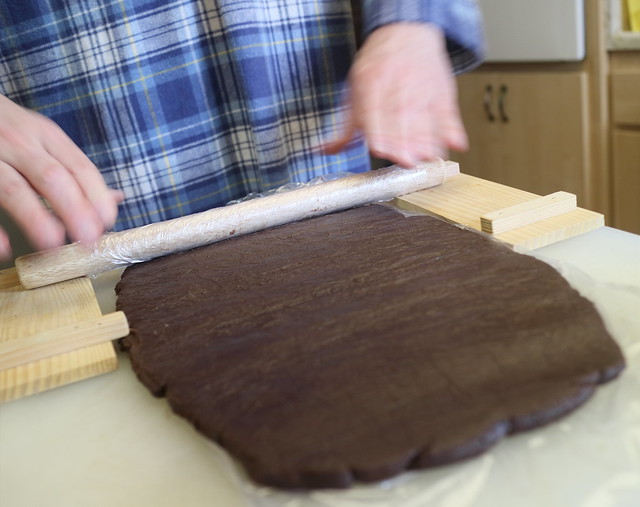 We had set out to roll these out as we did last time, but D wasn’t happy with them being oval for some reason (he’d forgotten that last time we didn’t roll them out, but smooshed them with the bench scraper – the bench scraper that’s gotten lost somewhere along the way, and was perfect for smooshing things). So, instead, we made the best use of our sushi press/mold ever, and used it as the thickness guide for rolling these out to a perfect 1/4 inch thickness. 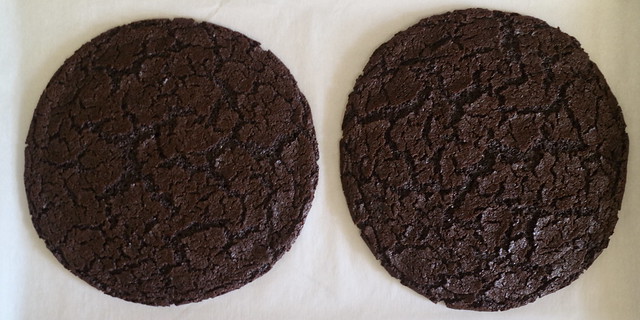 Of course, in addition to the more reasonably-sized oreos, D had to make one that’s about 6 inches in diameter. Just because. And then we got down to the icing things portion of the exercise, and realized that we didn’t have any icing sugar in the house … so we used granulated instead, sent for a spin through the cuisinart for long enough to at least be finely ground. 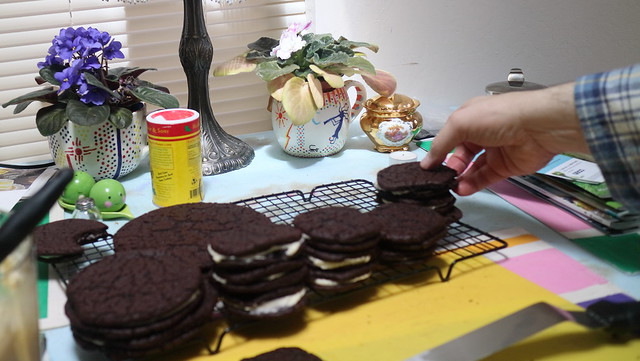 Tomorrow morning, some of these will be going to the Honda dealer in Vacaville, because they’ve been so good to us. Some others will be going to D’s work, possibly to be handed out to a few special people, ’cause there really aren’t all that many in this batch. As to the huge one … we’re not sure. That may just have to stay home.

One Reply to “FauxOreos, Redux”