Well, that was one of the stranger interview experiences I’ve ever had! Long story short: I’ll not be taking that job in Santa Barbara!

So, I went down to Santa Barbara to interview with this company after having had a few phone interviews, including a technical interview. Before going down it had seemed like things were really going well, like we were a great fit (albeit with a few things I’d have to get used to). I get to the interview at 11:00, we chit chat, go out to lunch, and then settle in for interviews. At this point, I’m expecting to meet people, talk with people – basically, to see what things are like and have them sell me on what a great company they are and how much of a nice place it is. Hahahaha, Nope!

Instead of selling me on them, they proceed to ask me tricky programming questions. Which, OK, fine, yes, people do this. They usually do it earlier in the process, but whatever, I can roll with it. The questions are usually idiotic, so that’s not unusual, even though I thought we were past this point, but hey, not getting hung up on that. Did I expect each of the three different interviewers to demonstrate odd personality traits that I would find distasteful to work with? No, certainly not. Did I expect to be pushed to answer when I had stated that I did not know the answer? Nope. Did I expect someone to mimic my body language? Like, I was fiddling with an earring while thinking about a coding question and the guy goes and tugs on his earlobe? Oh, no, I did not expect this. Nor did I expect them to be rude to other employees (a lady asked to change the thermostat in the conference room, since it was freezing in their space outside the conference room, to which the interviewer responded that he didn’t care).

After this strange day, wherein I sell myself to them and straight up do not respond to complete rudeness, I go back to the hotel basically exhausted and play some mindless games on the phone (frozen bubble is fabulous for not having to think, by the way). As I’m playing, I’m thinking over all the little things, and I’m adding them all up, and I’m reaching the conclusion that these are not nice people, and this is not going to be a nice place to work.

So, we drive home, and I talk it all out with T, and I write the recruiter a politely worded response to say that I don’t think it’s going to be a good fit.

And then I get a call from the hiring manager, wanting to talk it over. 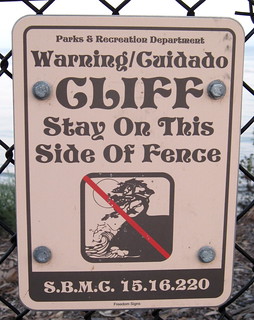 The hiring manager tells me that these behaviors were intentional. They had intentionally done these things to see how I would react.

Let that sink in for a minute.

A potential employer essentially conducted psychological experimentation with a candidate. Over the course of 6 hours, and by 3 different people, they attempted to see whether I would react negatively to their behavior.

Here’s a little secret, people trying to hire: if you act like someone with whom the candidate would not want to work, that candidate is going to decide that they do not want to work with you. If you later try to tell them it was all a test? Well, that says that you felt entitled to know how the candidate would respond to stressful situations … which says that you intend to subject them to those types of situations, else why subject them to the test? If you do not intend to treat them poorly, why would you need to know how they will react to being treated poorly?

I don’t think there can be any ethical justification of such a test.

In talking with the hiring manager I told him that maybe, if he’d told me what they’d been doing before I left the interview, I might have reached a different decision. Thinking it through, though, I do not think so; I think that even knowing it was a test I would be offended because, again, If you do not intend to treat me that way, Why do you need to know how I will react?

I think I find this especially frustrating because I feel like it was a lie: that I wasted my time going down there because they were not being honest about the purpose of the meeting. Whatever they learned, I hope that they learned that some people react to macho BS by being polite and then removing themselves from the situation as quickly as possible.

I have a few more interviews lined up for the coming weeks, one of which I think looks like it could be quite interesting, the other of which is more “let’s talk more and see what kind of a company you really are.” We’ll see.