So, we watched this youtube video the other day on how to make “tuna” sliders out of unripe jackfruit (go – watch it – then come back and let’s talk). It really is an awesome recipe, and we’re nearly ready to make an attempt at it (it’s too hot, and we don’t have Old Bay Seasoning). That’s not what this post is about today, though.

Today, I want to talk about choice. Like, if you go to Amazon, and try to buy Old Bay Seasoning. Go ahead, go over there and drop it into the search box, then come back here and tell me how you found the experience. Did you locate what looked like the best deal? That would be the 24-ounce item that shows up first on the list. Do notice, though, that it is a “Fresh” item (so, you have to join some program or other in order to buy it) or an “add-on” item (which means you have to play grocery-cart bingo and put enough in your cart to actually get it delivered). Also notice that there are just about 100 different things from which to choose.

There’s a thing going on here that I think is important: I think that there is a payoff here on the part of Amazon in that you’re going to have to 1) join some program of theirs (which makes them money) or 2) add more things to your cart than you want to buy or 3) troll through literally 100+ items to figure out which one you can and should buy. I think that this level of product chaos is found in a few different places, and I suspect that there’s some degree of psychological testing going on here, to figure out what drives the most profit. Or perhaps this level of chaos actually accomplishes that, and this is simply the new normal when shopping on Amazon.

In my case, I decided that I really didn’t need the Old Bay and that I’d spend the couple dollars at the grocery store, rather than suffer through the buying process on Amazon. I emptied my cart (including the slippery add-on item which put itself on my “buy later” list, repeatedly) and went to buy the other things I wanted elsewhere. I’m sure I’ll use them for other dishes, and Amazon is perfectly prepared to drive a certain amount of business away in order to maximize revenue. They’re a store – that’s what they do.

This jumble of bad choices is what’s known as a dark pattern: something which drives the user to do something they do not want to do. Once you become familiar with dark patterns, you start to see them, and then start to look for them. In this case, I’m sure that I’ll continue to use Amazon. But I’m also sure that I’ll start paying attention and, if I find myself struggling to actually find the thing that I want, I’ll go elsewhere.

I ended up spending way more money than I’d intended to spend just then, but also bought a whole bunch of things that we needed: I went to the SF Herb Company’s culinary herbs page and simply went down the list, adding 1 of everything on there that we do use and have run out of. Those spices and a stop at the Asian market and we’re done. And some time today we’ll get our delivery and will have the joy of unboxing bulk spices! (below is a previous order) 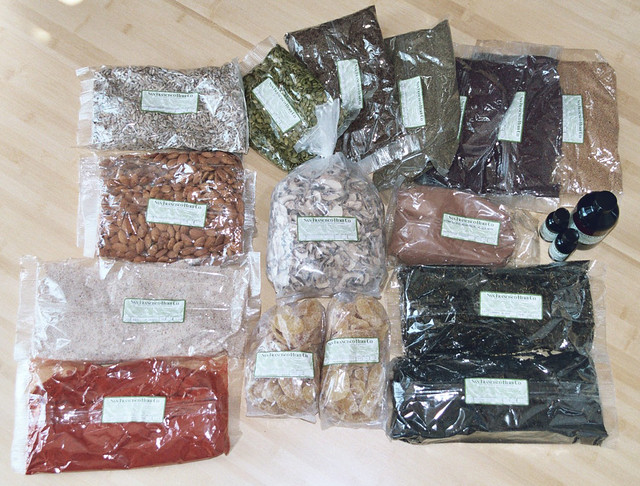 One Reply to “Buying Spices”