When we arrived in the Netherlands, it was vilely, disgustingly hot — far hotter here than it was at home, much to our horror, with ninety percent humidity. Ughhhhhhhhhh. We hadn’t packed any shorts and had instead come prepared for the ubiquitous liquid sunshine of Holland – with flannel and wool, long sleeves and trousers. Hats. Umbrellas. We were, after all, in the land of endless rain.

Holland, tricky beast that it is, completely changed the game on us, and the resulting heat wave awakened The Swarm. We are as covered with mosquito bites as if we’d gone to summer camp, and it’s kind of ridiculous. There’s not much air conditioning outside of the bigger cities, and there’s not much call for it (most people we spoke with would prefer something useful like, oh, disposals. Don’t get expatriates talking about what they miss from the U.S. – somehow a garbage disposal is always at the top of the list. Anyway). Worse, because many of the buildings are older, the windows are unusual sizes and it’s hard – and expensive – to have them fitted for screens. 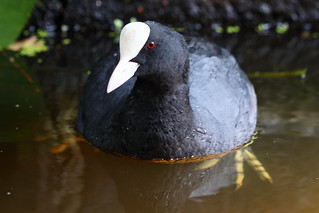 So, no AC, and no screens, and a heat wave. If we lived here, we’d get some duct tape and a roll of mosquito netting or something! Fortunately, our rented apartment came with a big fan and a portable AC, and we did the best we could to keep the air moving. We had a few bites in Delft, but the further out into the woods and countryside we got, the worse it got. T walked, um, briskly through the woods, in hopes of keeping them off, but D loves his photography, and standing stock still to get just the perfect shot drew them to him, poor thing. He had eighteen bites in one afternoon, and then, to save his sanity, stopped counting. Still – he believes it was really worth it for some of the gorgeous pictures he got. Mostly. Maybe.

After we spent time with DB’s parents, they got a feel for who we were – or, really, who D is – and so DB’s Dad took us on a spur-of-the-moment walk to a place called Waterloopbos Marknesse in Flevoland.

D often enjoys taking visitors to the SF Bay Area to Sausalito, to see the Army Corps of Engineers hydraulic model of the SF Bay. This model was used to predict what would happen to the Bay lands if some bright soul did X to this channel or Y to this River, and in the early 1950’s, it actually saved people a lot of money and loss of income (and possibly life) before they had computers do hydrology studies of this kind. Well, in the Netherlands, a place with a LOT of water and a lot of folks relying on engineers to keep them on dry land, Dutch water engineers were asked to do these same types of studies, not just for their own country, but for other nations. (You’ll have to click through to our Flickr page to see more.) 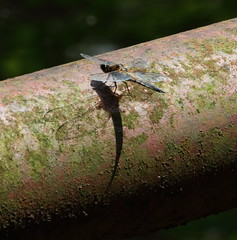 Instead of enclosing their tidal model in a building, however, in the 1950’s Dutch engineers simply took almost three hundred acres (120 hectares) of polder forest – land reclaimed from the sea, but, in this case, too wet to use for agriculture – and built a wave machine and various locks to raise and lower the level of the water… to create artificial harbors. According to a rough translation of one of the signs: “…the ports of Vlissingen, Ijmuiden, Scheveningen (in the Netherlands), and abroad those of Lagos (Nigeria), Beirut (then Syria) and Marsa-el-Bregha (Libya) were recreated in the polder. Over the years, scale models have been built on 36 construction sites in the forest. In total, some 200 assignments from the Netherlands and abroad have been carried out.” 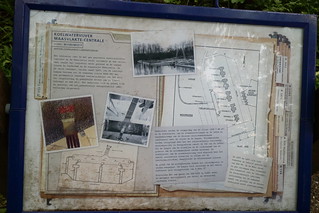 It’s amazing, and a ‘rijksmonument’ – a national monument – now. The whole two-and-a-half mile area where the models are is half-swallowed by the forest. It really looks like ruins – and it is dead quiet in there, though that may have been because there were no guides out on the late Sunday we were there, so there were fewer families out and about. We walked the (3.42 km) two mile loop, examining the signs (which are in Dutch, of course) which told us which harbor was being recreated to study what the wave machine or locks were meant to do with the water. It was kind of mind-blowing that all of this was put together before computers… and then, in 1970, as the digital age overcame it, was simply abandoned, as faster ways to study the world came along. The multiple, detailed models prove why the Netherlands mastered living in a watery land. 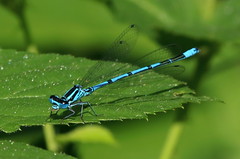 We were a little disappointed that most of the locks were padlocked so that we couldn’t turn on the wave machine or raise/lower the water levels, but we did manage to clamber around and affect a few things. Mostly we were glad we didn’t fall in (it’s not too terribly deep, maybe, but some of it is rather still, and packed with …squiggling things), as it really was a “spur of the moment” two mile hike we took… on the way to the train station. After that, we had to hurry through heavy traffic and change trains three times to get back to Delft before it got too dark. Still – mosquito bites and all – it was worth it.

2 Replies to “A Walk Through the Clouds (of Mosquitoes)”