Hello from the other side of the first storms of the season, washing away the stench of smoke and the dust of summertime. Mornings now are frigid and damp, and it’s time for December baking. 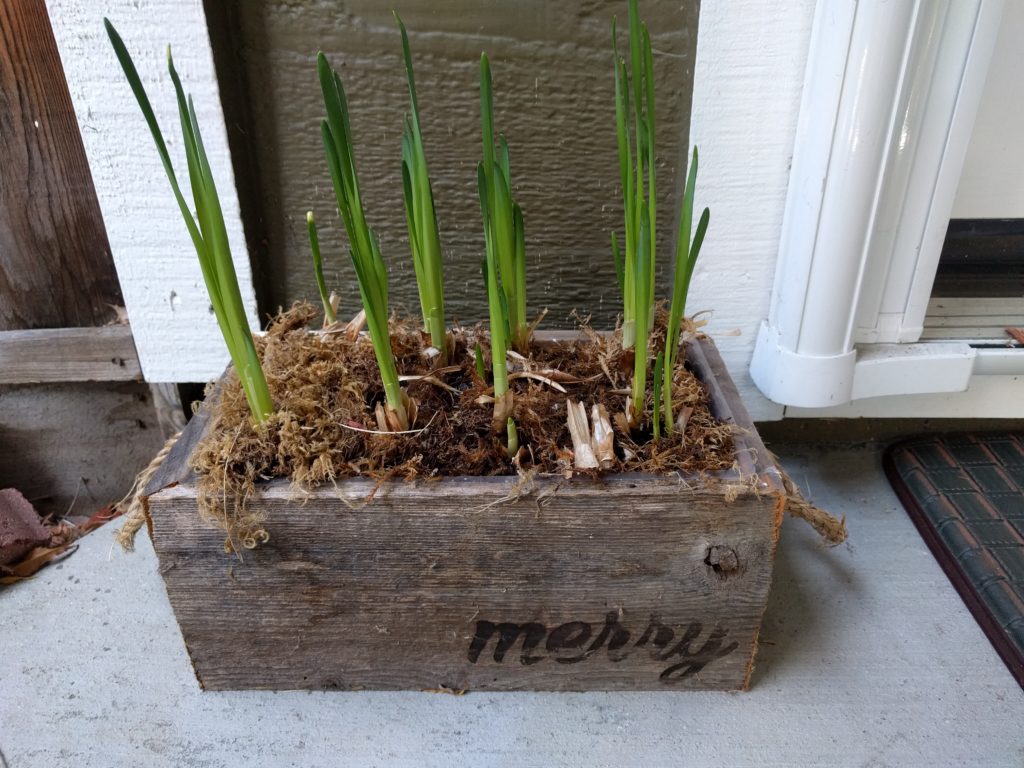 Most Californians are familiar with horchata, one of several central-Mexican drinks which both refresh and feed. Horchata is made of ground rice, cinnamon, and sugar in its most basic form. Agua frescas were kind of A Thing back in the day — and instead of a rice-grain drink, central Europeans took water and grain and let it ferment — the addition of that yeast turned it into what historians called liquid bread. It’s interesting how many feed-and-refresh drinks from Mayan times there actually are – an exploratory visit to a tiny Salvadorean pupuseria introduced us recently to atol de elote.

Atol – the Spanish word for kernel – is grated fresh from the elote cob and combined with milk and cinnamon. Sounds a lot like horchata, right? Well, it’s exactly like horchata, in that it is sweeeeeeeeeeeeeeeet. So sweet. TOO sweet. We ordered it to go with burritos, and — nope. We were expecting something more like a naturally sweet chowder, and we got more of a milkshake carbfest. So, the little take-out cups sat in the fridge until we had a moment to figure out what to do with them.

And then we thought of spoon bread.

If you’re native Californian, spoon bread probably doesn’t automatically occur to you, either, but folks from the Southern U.S. and the East Coast likely think of it more often. (Like, MUCH more often. Did you know that The Linguistic Atlas survey of the middle Atlantic and Southern states collected over 330 terms for cornbreads? We are slightly out of control with this dish, people. Just SLIGHTLY.) 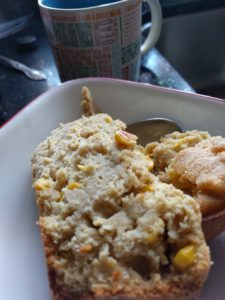 Historically, the world was first formally introduced to the dish in the 1847 cookbook THE CAROLINA HOUSEWIFE, by Sarah Rutledge, with the idea that the dish had evolved from the Algonquian languages’ names for baked cornmeal, suppone, appone, and apan. Awendaw cornbread, named for an Sewee tribal settlement outside of Charleston, South Carolina, is close-ish as a sibling, and probably what Rutledge referred to, but it’s …mostly unlikely, as traditional spoonbread, with its light, soufflé-style structure, is the furthest thing from plain cooked cornmeal. Still, however we got to it, spoonbread exists, and the now cold and gelatinous cups full of fresh corn and milk (some recipes call for corn starch as well) had a destination.

The idea wasn’t for this to set up properly like a cornbread, which could be cut into squares, nor was it to be a the consistency of a hoecake, which relies on the buttered pan and crisp edges to keep the inside creamy and the outside firm. This was much more dense bread pudding than soufflé — but it worked. Should you want to try it yourself, sans the side-trip to having the atol de elote languishing in your fridge in take-out cups, try this: 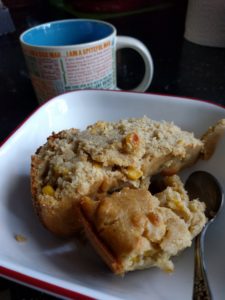 West Coast Spoonbread: Lightly whip two eggs with three tablespoons of canola oil, 1 tsp of salt, a teaspoon of baking powder, and a scant teaspoon of soda. Add this to roughly three cups of corn frehly cut from the cob, and a cup of milk – whether coconut milk or sweetened condensed milk or a full-fat dairy is up to you. Add this slurry to 3/4 cup of finely ground polenta meal and 3/4 cup of AP flour. We added 3/4 cup of rye flour for color and nutrients, but you may substitute with AP, white, or white whole wheat as well. We also added an additional cup of frozen corn kernels just because. Pour into a very well oiled container, and bake for 55 minutes. Expect this spoonbread pudding to puff, and then subside.

Corn bread is the easiest thing in the world to vegan-ify, with plant milk and a couple of flax eggs. We often make it this way, but since we had this dairy-milk slurry, it made sense to just add eggs. This spoonbread is dense, slightly sweet, fresh, corn-y, and delicious, but we’ll be tweaking this a bit as we go on!

Happy December baking to you.

One Reply to “A Bit Of History & A Little Grain: Spoon Bread”