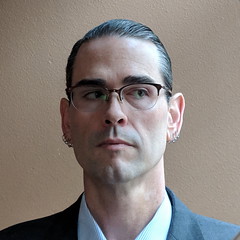 I’ve just read this article, about Facebook reporting suicidal people to the police. Think about that article & then think about whether you actually believe that “the ends justify the means.” This is the same logic that says it’s OK to violate your civil rights to keep you safe. In this case, it’s Facebook, and you all know what you signed up for … but this feels a lot like Facebook trying to justify their action (snooping through your activities for something they find problematic), and that tells me that they know they’re in an ethically bad position: they’re misusing their privileged access to your personal information and trying to normalize that misuse of privileged access by providing a post hoc, fallacious argument that appeals to our emotions. This line of argument has the added benefit that it makes you look like a creep if you argue against this, because who wouldn’t want to save suicide attempters from themselves?

In the article, they provide a quote:

“While our efforts are not perfect, we have decided to err on the side of providing people who need help with resources as soon as possible,” Emily Cain, a Facebook spokeswoman, said in a statement.

I would prefer to cut that statement a bit shorter:

“While our efforts are not perfect, we have decided to err,” Emily Cain, a Facebook spokeswoman, said in a statement.

I say this because I do think their actions are quite an error, and I find it particularly worrisome because it is being conducted on such a massive scale, without oversight, and – because of the machine learning aspects of this – it is being conducted in an area in which oversight is quite literally impossible simply because the technology is designed not to include human oversight. Facebook states that they don’t track outcomes of their interventions, so they are not even monitoring this program for effectiveness on a case by case basis (to refine the algorithm even?), nor are they monitoring it for harm. This is, quite literally, an explicit invasion of privacy, inviting law enforcement intervention into people’s lives, with zero oversight.