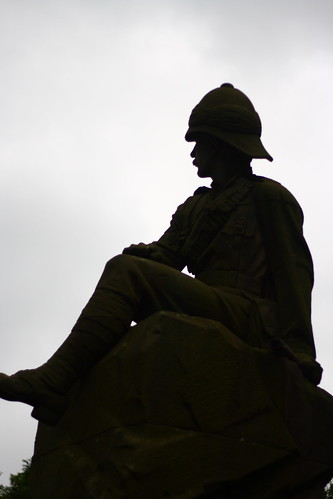 That’s how long until D’s master’s dissertation is due. Fifteen thousand words. Margin requirements both weird and specific, binding both soft and hard binding for library and department… and a complete disagreement between the University handbook and the department handbook about how it’s to be written. Seven days, and the debate continues. D. has decided to err on the side of the department, since they’re handing out the grades.

T’s self-imposed deadline-before-the-deadline (how very Pharisaical) has passed without her finishing anything, and D. is down to the wire, so of an evening, there’s a lot of intensely focused word-wrestling going on in the Hobbit-hole. Thankfully, it’s going on in silence. All is quiet on the Eastern front, and the war with the neighbor seems to be over. We had one more clash of personalities before it finally wound down into silence … after we had to call the police one more time. The police threatened to take away the stereo if they had to come out again, so things are quite quiet. 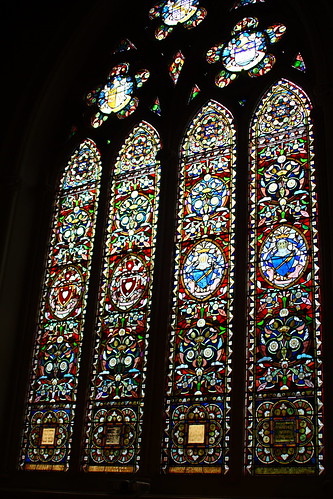 Dealing with the police has been a confusing experience in some ways. A daylight call is different from a middle-of-the-night call, of course, and there are differences in the urgency of the officers to reply to calls, etc., so we expected that more explanation of the dispute would be required. In the course of introducing ourselves, one of the officers (there’s always a pair — one who talks, one who stands back and looks at the books on our shelves) asked if we were renters or owners. Apparently here there’s a different procedural response when dealing with a homeowner, or perhaps he was just curious — we couldn’t tell, and didn’t know why it was relevant.

Later in the conversation, the question of our interaction with the neighbor was discussed. Because he refused to acknowledge that his six foot speaker array (no, seriously) could potentially be a problem to his neighbors, and became threatening and abusive when contacted, we called in someone to intervene, as we would have back home. “You’re not in the United States,” the officer reminded us brusquely, and seemed confused as to why we’d called. We were confused as well. Though we’d called him, he seemed …offended. Later, when it was explained that we were often home during the day, and are a student and a writer, the officer ventured a question. “Made any money with that writing yet?” 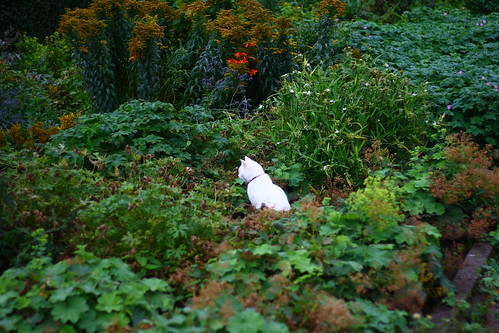 Eventually, when it was apparent we wouldn’t be rattled by his off-putting manner, the officer asked if we’d be “happy” if he simply gave the neighbor a warning. We told him we’d be happy with anything, but that might have been a mistake. The phrase “be happy with” seems to mean many things. At the chiropractor, the doctor asked if T. would be happy to have x-rays taken. Er, no. But if we have to take them, we have to take them, right? Not exactly. The phrase “would you be happy to” seems to mean that there’s a choice — you can be presented with other alternatives. We didn’t understand that, but we’ll now be on the lookout for such phrases in the future!

Eventually, the neighbor came up to our place, shaking and tense, and together with his cranky girlfriend downstairs did a sound check — which we’d asked him to do a month ago. A professional DJ for the city, the kid (based on looks and immaturity, we have a hard time telling how old anyone is here) had been apparently shouted at and threatened — to have his equipment confiscated and his lease terminated summarily if he didn’t comply with our demands — which weren’t demands, really. All we wanted was to discuss things when he wasn’t drunk or mid-party. 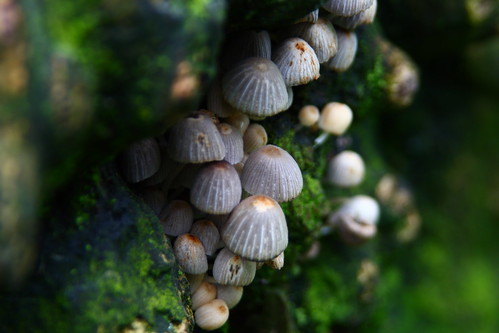 Apparently, getting the police involved in anything in this city is a lot more serious than just calling someone at the local station in suburbia. And though said neighbor was really obnoxious and aggressive and obscene and profane in his comments to us previously, we didn’t intend things to boil up into such a mess. That all of this went on when we are trying to meet writing obligations, deadlines, and being interviewed, made it far worse. We’ll never be buddies with the neighbor, but at least we have what we can term a “working relationship.” Sort of.

There’s evidence of student life coming back into the city, as a trip downtown — or to “the city centre” is filled with young people staring up at buildings, squinting at maps and peering at the plethora of “To Let” signs stuck in windows. T. has, in a desultory way, started trying to learn bits and pieces of Bach’s Christmas Oratorio, on the suspicion that it’s what the Choral Society will be doing come October, and D. has been caught humming dreadful pieces from The Phantom of the Opera. (!) We were a little sad to discover that many of the nearby churches don’t have choirs, but bands, and we’re very much looking forward to being back involved with the Choral Society, and wrestling with the complexities of singing in German…! 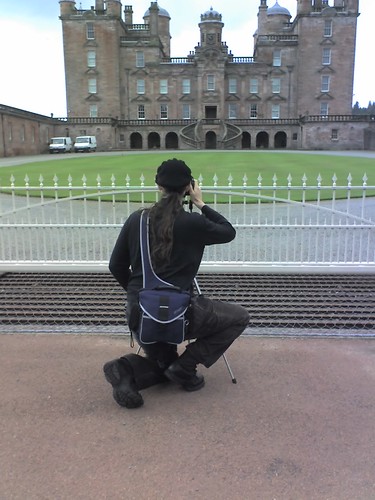 Though we’re pretty heavily into sitting and staring into computer monitors, that doesn’t mean that we’re not out and about still. We got lost finding the chiropractor, had tea with Scottish Lemon, and trailed through the park in search of the elusive white-bummed bee (yes, white. We thought we were mistaken, but no, apparently those are common here). We’ve been caught in the rain on the way home from church, have thrown together immense pans of casserole or lasagna so neither one of us have to bother with much cooking while we work, and have occasionally given in and read silly books and watched cartoons that have nothing to do with anything. (Cartoons are preferable to venturing too far into reality; people here are very eager to discuss Bristol, Trig, Gustav, Track, and Barak with us. We prefer cartoons; it’s easier to make sense of the plots [Unless they’re Studio Ghibli cartoons. Then… we just look at the pretty clouds].)

The house is a bit worse for wear (laundry is in a constant state of being half-done), but we’re holding fast against our baser instincts (living on a steady diet of buttered toast and jelly beans er … okay, that one belongs on the list of things we’re not holding out against) and soldiering on. We look forward to soon returning to our habit of wandering the countryside and looking at castles and bridges, to trying out the pool and the machines at the University gym (*sigh*), and to having new adventures. August has been a very long month, and since many of our UK friends have gone “on holiday” at least three weeks this summer, we’re going to try to disconnect from anyplace we’ve ever been for at least three days. (Americans have to ease into these things.)

6 Replies to “A Window on our World”