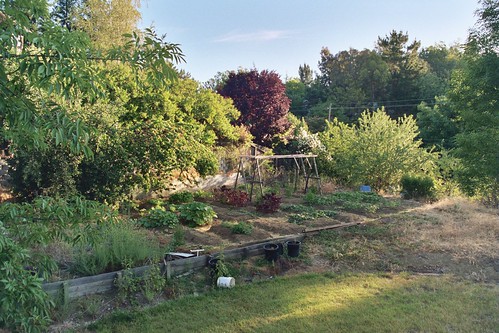 The garden … limps along. This year’s been a rough one, for some reason. We’ve had strange weather – with long periods of cool, punctuated with intense heat for a few days in a row. We’ve had several variety of grasshopper – the monster green ones, and the little tiny green ones, too. We’ve had black aphids. And we’ve had no peppers survive, no okra survive, and very slow growth on the tomatoes: they’re only 3 feet tall, when they should be at least six and bearing fruit by now.

The Amaranth is already trying to go to seed, so I’m worried about it as well, and the kabocha is already starting to fruit, when it should be sending out long tendrils to conquer the rest of the garden.

6 Replies to “How Does the Garden Grow?”