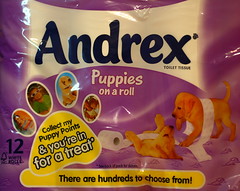 Along with “pal,” two of the recurring phrases we hear around Glasgow are, “see yez after” and “all right?”

“Yez” is, of course, a variant of “youse,” which is that lovely Brooklyn-esque way of indicating you in the plural. It struck as so amazing to hear so many Glaswegians sound … like they were from the Bronx or something with that “youse” going on. (Choir humor struck during this week’s rehearsal as the bases caroled the last notes of Chestnuts: The Christmas Song. “Merry Christmas, to yoooouse,” they wailed, and we all broke up. It was truly dreadful.)

When one says “see yez after,” it equates roughly to one saying, “see you later,” except that in our case, it’s been said by the taxi driver, a gentleman delivering packages, by the plumber, and by the guy coming to check our gas. While it’s true that we may, indeed, see them at some other point … would we remember? Would they? Reflexively polite comments are always so strange.

When one hears “All right?” one might be tempted to answer, “Yes,” but it is in fact a greeting, roughly translated to, “how are you?” It’s occasionally heard in its variant form, “y’all right?” or “Ye aw right?” Thus, we observe the evolution of a phrase (and come to understand how it could exist).

As indicated previously, the correct answer is not to say “Yes” to that query. The correct response is to give a short nod and return the phrase. Or, if you’re us, nod and say brightly, “How are you?” and ignore the fact that you feel silly not knowing what to say.

Story of our lives, really.

We’re already down to only 11 hours of daylight, and it’s just a week past equinox. We’ve had our first frost, and can see our breath when we’re out in the morning or evening.

We’re getting the feeling there ought to be some kind of …ritual involved in this time of year. We ought to be doing something to mark the change. T. suggested digging out the scarves and making sure there weren’t any “moth squishies” gnawing on them.

Somehow this is not what D. had in mind.

4 Replies to “See Yez After. All Right?”