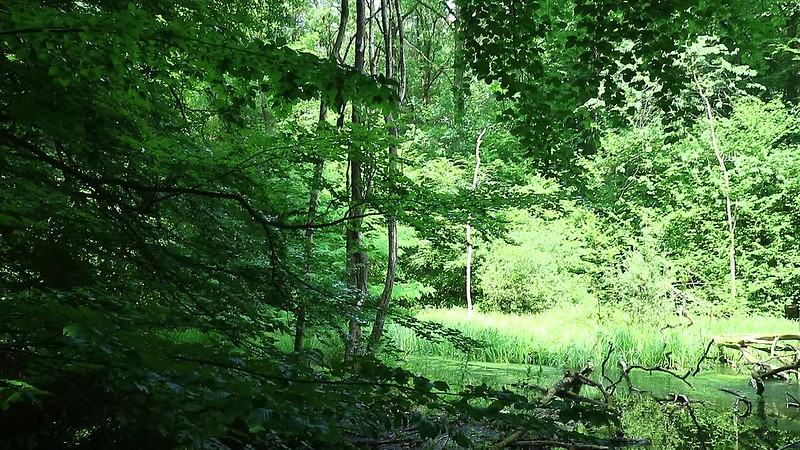 “I went to the woods because I wished to live deliberately, to front only the essential facts of life, and see if I could not learn what it had to teach, and not, when I came to die, discover that I had not lived.” – Thoreau

Thoreau was, of course, a Mama’s boy who “went to the woods” about as long as Christopher Robin did, with plenty of time to get back for tea, and sleeping each night beneath his parents’ roof. Still, it’s not his fault that a modern misunderstanding of 19th century English gentlemen and the weight of literary tradition made him out to be some über-naturalist; he went out into the wilds about as long as most of us would care to. There’s STUFF in the woods. Mainly stuff that bites; we saw a tick at the edge of the grass, and Himself had a gumball-sized knot on his side from what we think might have been a horsefly-ish kind of thing? Our personal collection of welts and weals from midges and mosquitoes weigh lightly against the liquid trill of starlings and thrushes, the soughing of the wind in the leaves, and the susurrus of water over rocks and reeds. Our weekend was filled to the brim with people – enough so that T’s introvert soul shuddered – but the myriad long walks were really restorative. (Click through this picture; it’s a video, but WordPress doesn’t play those in-browser anymore, so…)

Gemert – pronounce the ‘g’ as ‘h,’ s’il vous plait – is in an area of lovely, big trees, and about an hundred shades of green. The Netherlands don’t have a lot of hills, as it’s a lot of land reclaimed from the sea, but the forests are quite something, even though they’re mostly planted by hand, though the hundreds of years We really liked the Southeast of Holland, and since the rain and cooler weather returned, we liked it even better. Eindhoven, a tech-rich city which got a lot of German attention during the war, is fairly utilitarian (READ: ugly), but tidy brick villas of Gemert make for the quintessential storybook European village look. Lots to photograph, but the most fun was to step off of a bus and walk around a corner to see a friend opening her front door and waving wildly. We spent a lovely day with S. and her boys and will return Wednesday to have dinner with them (and to allow Mr. S to make another pitch to D about moving to Europe and working at his company ☺).

One of the other drawbacks of days with people is that we’ve fallen behind in our storytelling and in uploading photographs, but we’re taking today to just catch up and rest up. More to come!