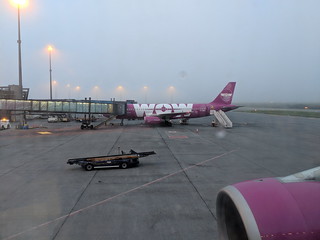 The return journey from The Netherlands was a truly epic trip, and not by design. The initial flight from Amsterdam to Keflavic was delayed arriving, so we spent an extra 2 hours sitting around Schiphol Airport (which … is not a great airport, frankly, and the cheap flight terminal is positively horrible). That flight was then delayed further because they’d mis-loaded a bag and had to remove it before we could take off. All of that meant that the flight was around 3 hours delayed arriving into Keflavic and most people weren’t staying there but were traveling onwards. So, the airline bumped the two flights most people were trying to catch (to LAX and SFO). That meant that the connecting flight had to find a new slot into SFO, which isn’t an easy thing to do. 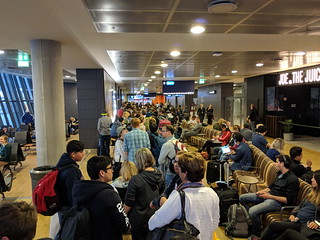 This meant we ended up sitting around Keflavic for 8 hours instead of 1.5. Then, as we were ready to leave Keflavic, 6 people had given up and booked alternate flights, but left their luggage, so THAT luggage had to be dug out from where it had been loaded. Then, finally, we had the 8.5 hour flight from Keflavic to SFO. By this time our booked shuttle had canceled on us, so we caught a 40 minute Lyft ride home. All told, we left our rented flat in Amsterdam something like 27 hours before we arrived home, having planned for something like half that. 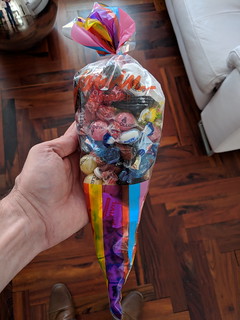 We did end up purchasing food in Keflavic (which … is horribly expensive, and we’ll be putting in a claim for reimbursement, because spending nearly $100 on a couple sandwiches, some yogurt, and some drinks … is rather obscene). But, mostly, we ate our own sandwiches, hard-boiled eggs, and choices from an assortment of weird Dutch candy (mostly minty, some fruity, and included the random salty licorice). We also packed sliced apples (packed with sliced oranges, so the juice would keep them from going brown) and fresh cherries, knowing that wet and crunchy things are really what’s needed while in the air. Of course, we also packed our 1.5 liter water bottles & filled them at every opportunity.

Traveling like this (with our own food) may have begun as an effort to save money, traveling on budget airlines. Now, though, it’s just how we do things, and something we’ll keep on doing when we switch back to more mainstream air carriers. Which … we’ll be doing.

This is likely the last time we’ll fly with WoW, simply because it was so clumsily handled, and there were so many small problems along the way. WoW scores the worst in service, as well, which … yeah, we can see it. At times, sitting in Keflavic, we asked ourselves whether we were seeing the collapse of an airline, and whether we’d end up trapped in Iceland, having to book last minute tickets out on another carrier. That isn’t a feeling we’d like to repeat any time soon, and the extra $1,000 to fly with a reputable carrier would probably have saved us 15 hours of stressful sitting around.

We will leave you with this, from the Delft organ guy: yes, that is Despacito, played organ-grinder style. 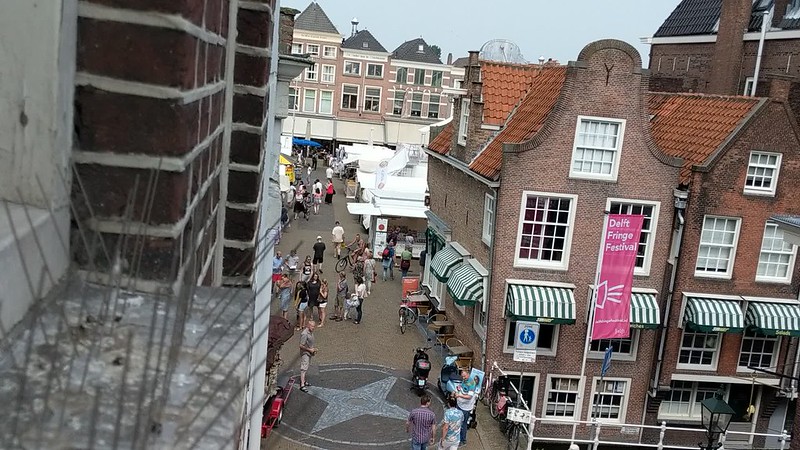