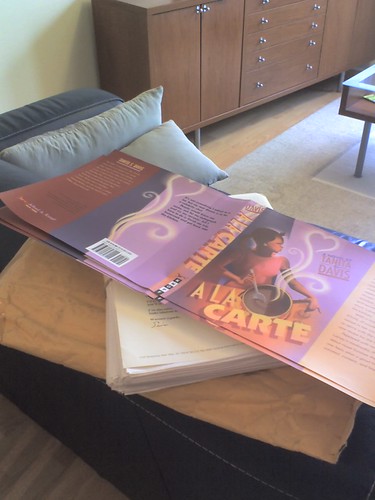 Despite the mail strike, my editor’s packet of proofs has found me. And with only eight days to get it back to her, I should really be working, but… well, as I write this, the West Coast of the United States, where I actually live, are all – the good citizens, at least – asleep. This makes me singularly unmotivated to get going, so I shall instead busy myself with other things…

A friend who has lived abroad frequently writes, “I’ve found that the period after the initial excitement and newness wears off is the hardest stretch. But after weathering that few months it just gets better and better. Maybe you won’t experience this but if you do feel blue – just hang in there and wait for spring to bloom. It will be worth the wait.”

As each morning the sun rises later and later, I know her advice to ‘wait’ is right. I wouldn’t have much to say for Scotland, nor really for the UK as a whole if I took the impressions I have now and kept them. Though both of us are cheerful, there’s a little bit of grimness in our cheer, a bit of “chin-up-it-has-to-get-better” going on.

It does have to, right?

I‘m going to chase down someone from the shipping company and demand tights, our kitchen items and our winter clothes. I feel awful walking D. out on wet mornings, he without a thermos of something hot, without his wool caps and his leather gloves. He shoving his hands into a stretchy microfiber pair of mine — desperate times and all that. The company said 45 days – we’re at 70 days and counting. Unless the ship sank – which one would think they would have mentioned — we have no information on the reasons behind the delay. Our friend Lorne told us our things would be shipped to Shanghai by way of New Zealand. (Lorne — if our things ARE in Shanghai– we blame you…)

British Telecomm is …making a bad word of its name. You see, we have the wrong telephone number, have had the wrong telephone number since they hooked up our phone. They gave us a number, we faithfully wrote it down, told the University and various other places and people – including business contacts – our number. We dial out from a different number, our billing reflects a different number, and — who is using the original number given to us, pray? How long does it honestly take to get something like that figured out? Thus far, three weeks and counting… Honestly, we don’t actually care what number we have — let’s just settle on one — preferably one that matches what’s on our bill…? Is this impossible? Yes? Sigh.

D. is finding his entrance into academia quite difficult. Not that he’s not an academic, but the British educational system is …vastly different. He’s had two weeks of lectures, and today is his first tutorial. Lecturers aren’t like American professors, who both teach and discuss and grade. Lecturers just… lecture, and you go and have a chat with your tutor and tutorial group in order to get grades, write papers, etc. For a person who processes information verbally, who speaks in order to think, it’s been really hard for D. not to be able to have widely ranging, robust discussions.

The discussions in which he has participated are very rigidly controlled, run like horrific committee meetings where an idea can be dismissed and no one allowed to discuss it further. Which is really — an unique way of having a “discussion.” Also, it’s been hard not to have any feedback as to how he’s doing. I think after today he’ll be a bit more assured that he does, in fact, understand what he’s been studying for the last couple of weeks, and he’ll feel more confident. As it stands, he’s pretty sure he’s annoying all of the professors, as he has a lot of things he wants to throw out for discussion, and new ideas seem to give some of them a distinct rash…

On the plus side…

The convection oven, which coughed and breathed its last about a week and a half ago, gets a new fan today — we have been faithfully promised; we have discovered that the cryptic markings on the sink are not instructions on what not to put down the drain, but are, in fact, an engraved coat of arms (How cool is that?), and best of all, despite the coldness of the weather and the early darkness we’ve been invited — out.

The Wellington Church (they of the previously mentioned “free student dinners in the Crypt,” which we have since learned is the name of their café – whew!) on University Avenue is a hoary old beauty, and is the main University church. It has an International Club, and they have hired an instructor for country dances and reels. We are invited to a CEILIDH in two weeks time.

What’s a céilidh, you ask? First, say it céilí, or “kay-lee,” which is the Scottish Gaelic word for ‘visit.’ It’s …kind of like informal, in-house square dancing. Only, it’s not, I’m informed, and if you took square dancing in high school, it won’t really help you. I don’t expect anything will really help any of us, if it’s the international group we’ve already met. Thor and Frieda! The Pakistani couple! The Muslim families! The African family! I can just see us all leaping and crashing about, laughing hysterically… and I think that’s maybe the whole point.

Wellington Church has a number of these weekly get-togethers, where one can get to know the history of the church building, meet some of the members, bring food from one’s home country, get an explanation of bonfire day, or Guy Fawkes Day… and just hang around with them every weekend. It is truly one of the most painless evangelism invitations I’ve ever seen; socializing, eating, leaping about embarrassing oneself doing the Britannia Two-Step, the Strip the Willow, the Circassian Circle and the Dashing White Sergeant (heee!). Oh, and then there’s church at some point, too. If you want. 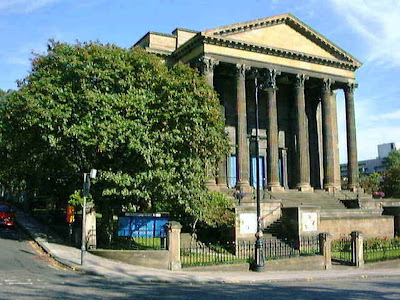 It is so dark out in the mornings, it grows dark early in the evenings, but where all the fun is, all the lights and voices are, and the food and the music and smiles – are at church. Well played, Presbyterians.

We’ve also been invited out to the Southwestern Scottish coast to a little town called Balbeattie for Bonfire Night. It all sounds so historical — Bonfire Night. Actually, it sounds like Friday Nights at the Window Tree freshman year in college where we built a fire the size of a small car, and stood around and roasted our faces. I’m not social enough to want to do something like that every single weekend, but it does sound fun to burn things and stand around in the crisp, dark cold, defying the death of the season with one more brilliant night of stars… I love this time of year. It has already snowed in the Highlands and at Lake Tahoe!! It will be a surprising winter, I think. (And I wish for you, East Coast of the United States, FROST. Quickly. No more disgustingly humid 90+ degree days. Amen.)

I have decided on yet one more thing to schlepp back when we come to the U.S. for a visit – tea. I am having Celestial Seasonings withdrawal. Okay, it’s not that bad, but tea here is either black, white or green. Herbal – even in restaurants – is met with polite bewilderment, and then peppermint and ginger are brought forth with reassuring smiles. No, my dears. There is nothing wrong with my gastrointestinal tract. Unless we want me clambering on the furniture, we should limit my caffeine intake, okay? Herbal tea, I guess I also have to find in a wholefood / healthfood store. Fortunately, tea is light; I’ll simply go home and pack myself a bunch and pop it in the mail. If the strike is finished…

And speaking of mail has brought me ’round again to the work that is before me, the work I have been assiduously avoiding. Proofs. Stay tuned as I finish this last go on my manuscript, then try to figure out where a FedEx office might be… I still haven’t figured out how to post a letter from my building, much less a FedEx package, but hope springs eternal…

Meanwhile, thanks for all of the email and care packages, the little videos of the nephew and the pictures of your kids. It’s so fun hearing from so many of you who are members of our church at home, who aren’t exactly tech-savvy. We appreciate your notes (even if you don’t know how to leave them here on the ‘Comments’ section), and we appreciate you. Take care and blessings on you all,