Greetings, all! This post is just a brief one, to explain that D. has finally gone ahead and gotten the film developed and scanned, so that we can at long last put some pictures up here other than the little ones taken with our phone cameras. Shown below is a The Crannog, as discussed here, in an earlier post. We think D’s pictures are quite as nice as the other one we posted, dare we say even nicer! For more of his photograph-all-of-Scotland endeavors, click here, and view the entire set of pictures from this wee fieldtrip. Learn how the Iron Age used lathes! Imagine the bugs in the thatch and the fleas in their beds! So realistic and well photographed, you can pretend you were there, swatting at midges too! 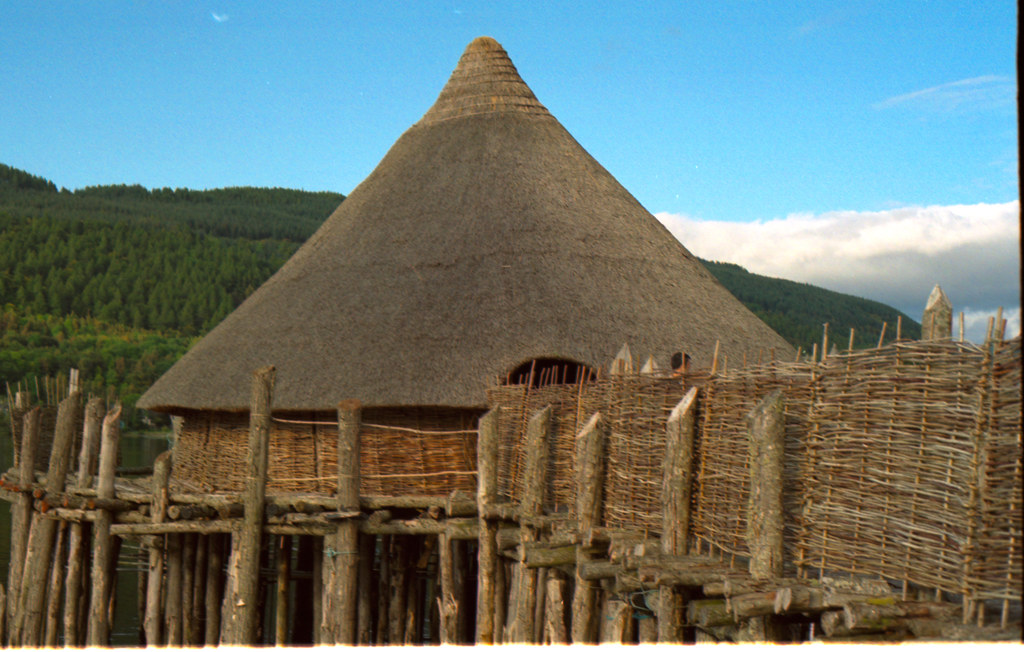 Also posted today were quite a number of pictures of Glasgow, so feel free to click through to that set, as well. Shown to the left is, of course, Glasgow University’s Bell Tower, as viewed from beside Kelvingrove Museum. Of particular interest to D. is the sculpture of soldiers in the foreground, contrasted with the tower.

Some of these pictures were simply taken one day while walking to class. D. took advantage of several recent clear, warm autumn days, and just looked at the colors of things now tinged with that bit of gold the light brings this time of year. Scotland is such a beautiful country, even here, in the middle of the city. We might not be completely ecstatically bouncing out of bed and dancing every morning (but we don’t normally do that worrying sort of behavior anyway… not without chemical enhancement), but we’re doing really well – we’ll be happier when our stuff arrives, but things are okay. Eventually, all that bewilders us will seem pretty tame and mundane.