Way back in 2008, we were dealing with a horrible neighbor in Glasgow who felt that he needed to bring the pub party back to his basement flat … beneath us. It was truly awful, and exhausting, dealing with police who wouldn’t take any action, and a pipsqueak of a neighbor who just couldn’t understand that we needed rest, even if he didn’t.

Fast forward to another flat, and 8 years later, when the neighbor upstairs (again in Glasgow) decided to put on an album … and promptly pass out, leaving us to endure horrible bass going all night long.

You can imagine our consternation when the bass started up last night, here in Newark. After a few hours of hoping and waiting, when 10 p.m. rolled around I phoned the police … who asked where we lived … and then told us they’d been getting calls since about 6 p.m. and there was nothing they could do about it. 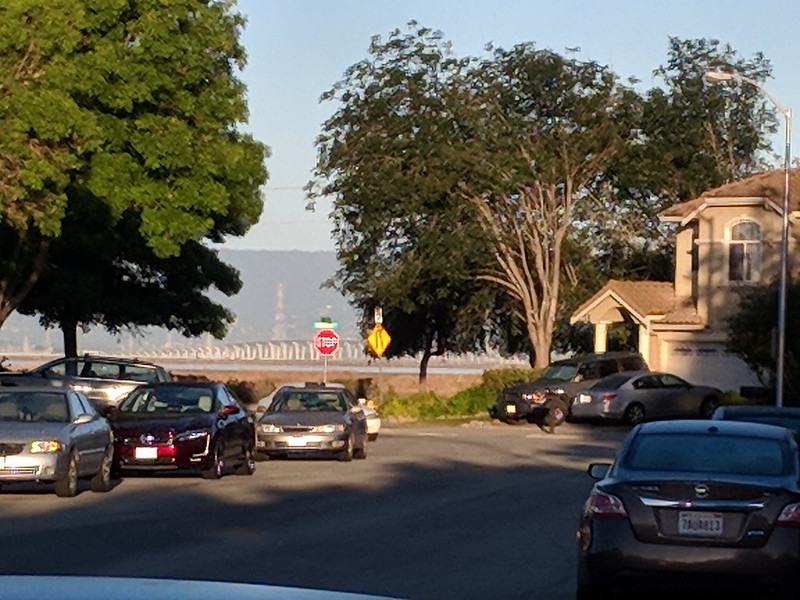 Above is a shot taken from our driveway, looking out towards the Dumbarton bridge. We’re perfectly situated for Shoreline Amphitheater to blast the bass all the way across the bay, directly towards us, and for us to have to endure some other city’s lack of noise ordinance. Grr.