One of the things we have left to us of our lives in Scotland is reading the Scottish papers. We still read the BBC News for Scotland, peruse The Herald, subscribe online to Bella Caladonia, and of course follow a number of Scots via social media. It’s always interesting to get a Scottish perspective on the world.

This week, however, the BBC reminded Scotland that it’s an English company, with a report most Scots saw as blatantly false. Scottish Twitter’s response to the various alarmist claims by English / Unionist media, about how the Scottish Nationalist Party is having a civil war, was swift. One would think the English would learn that the Scots will unite in the face of a common enemy…

So, of course D. had to go make cheese scones (properly pronounced with a short ŏ, as in BOND) in support of our dear friends currently suffering beneath the staggering peril of so much sarcasm in one place. 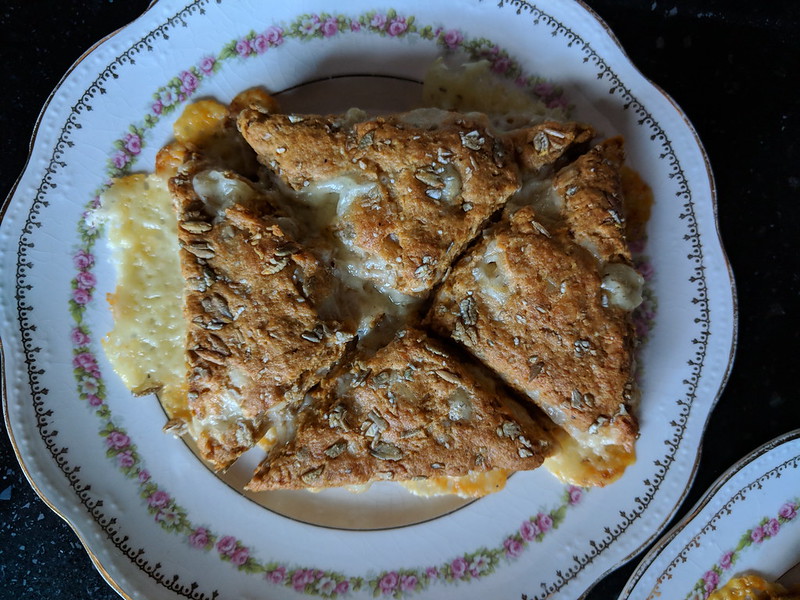 One Reply to “Cheese Scones, Because…”